We often receive comments enquiring about how good Music Magpie is in issuing a refund when you unfortunately receive a faulty phone from them.

I bought a Samsung S7 from Music Magpie in September 2016 and have never had a problem with it, so I have had no experience with how good Music Magpie post sales support is. 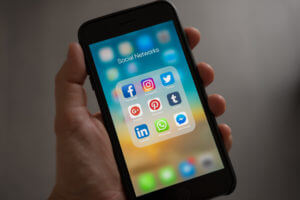 The Samsung phone was in immaculate condition and has worked flawlessly in the fifteen months that I have owned it. So when my son wanted to buy an iPhone, I suggested that he should buy it from this company as he couldn’t afford a new one.

He found a great deal on a refurbished iPhone 6S so I ordered it from Music Magpie last week and received the phone a few days later.

The condition of the phone had been described as being good, so when it arrived we were pleased to see that it only had a couple of minor, insignificant scratches on the back cover, and it all seemed to be working well.

However when the battery was charging, it seems to charge up to full surprisingly quickly, which is often a sign that the battery isn’t holding its charge.

Unfortunately, the next days the battery lost most of its charge after only a few hours so something was plainly wrong with it. I phoned the customer services at Music Magpie, and asked for a full refund, after explaining the issue.

“No problem”, I was told and the support person immediately emailed me a prepaid return postage slip along with instructions about how to pack up the phone and what accessories were needed to be returned.

It is also important to ensure that the phone was uncoupled from our iCloud account and “find my phone” was disabled. 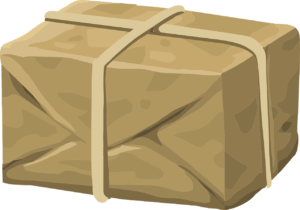 Three days later, I received an email saying that Music Magpie were issuing a full refund, which included the additional carriage charge for next day delivery that I had ordered. There was no quibbling or discussion – obviously they had confirmed that the phone was indeed faulty and honoured their pledge of a full refund.

So I have bought two phones from Music Magpie over the last year or so and my experience with dealing with them has been excellent. I couldn’t fault the way that they handled our problems with the faulty phone.

So would I buy from them again? Definitely.

In fact I have turned the tables and am selling them something for the first time. We had a Samsung Tab A tablet which was no longer being used, so I thought I’d see how easy and efficient it is to sell them something.

I’ll write another post to let you know how that sale goes, however, in the meantime, I think that the service from Music Magpie is excellent.

From my dealings with them, which now includes using their customer services and seeing if they live up to their warranty promises, all I can say is that they are to be trusted, and are highly recommended.