This month heralded a change in E.U roaming laws, something that had been on the cards for a long while but seemed to take an absolute age to come into effect. Now the cost of using a mobile abroad will remain the same for any E.U member in any E.U country. No more outrageous roaming charges and no more post-holiday bill-induced cardiac arrests. 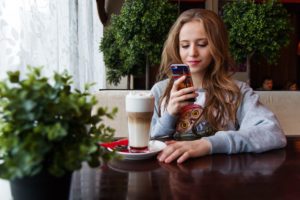 Clearly, the U.K might endure a little turbulence as it prepares to exit the union, but it’s expected that we’ll retain our roaming rights, in the mobile phone sense at least.

That just leaves the big wide world beyond the confines of the E.U. With global travel and backpacking becoming almost a rite-of-passage these days, and our relatively recent reliance on, and expectation of, constant internet access and connectedness, mobile phone companies are cottoning onto the need for roaming contracts that don’t bankrupt their users. Gone are the days when sending a postcard was the limit of holiday communication.

There’s a healthy competition emerging to provide the best roaming deal to attract travel-loving, tech-savvy customers who definitely don’t want to go on holiday to disconnect from the busy online world. You can search for mobile phone deals with sites such as HandsetExpert but we’ve gathered some info here on what some of the biggest providers are up to when it comes to roaming:

Three currently offers ‘Feel at Home’ for its customers, whether they’re Pay Monthly or Pay As You Go. They have 60 countries on their list, including far-flung destinations such as the U.S, Brazil and Australia, and customers can use their usual phone plan at no extra cost.

Usage above 12GB is subject to a surcharge though, and you can’t use your inclusive minutes to call international or local numbers unless you’re in Europe. Their ‘all-you-can-eat’ plans also restrict you to 5,000 texts or 3,000 if you’re outside their European destinations.

Vodafone offers ‘Global Roaming’, which has 50 ‘roam-free’ destinations included as standard. This obviously isn’t as many as Three, but If your destination isn’t on the list then you can pay £5 per day to continue to access your usual contract privileges. They don’t cap your data at a daily or monthly limit – you can just use your monthly allowance as and when.

You can also use 4G when it’s available, and call the U.K just like usual. So you can let your Mum know you’re still alive, which is always nice. 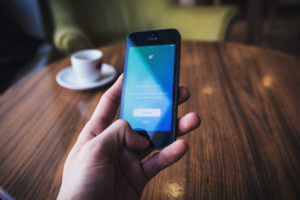 EE’s Roam Like Home’ scheme offers the standard E.U roaming allowances, but in order to use your phone further afield, you’ll have to pay £4 per day in the US or Canada in exchange for 500MB of data, and £5 in nine other destinations for the same deal.

It doesn’t seem like the best network choice for someone who spends a lot of time abroad and wants to keep using their phone without incurring extra costs. A three week break to Thailand could end up costing you an extra £105 just for internet access, without even factoring in phone calls and your usual mobile contract payment on top.

So, there are some good deals available for the tech-reliant travelers out there. Even if Brexit spells disaster for our E.U roaming rights, it looks like the mobile phone companies will step in with roaming deals that will ensure cheap, if not inclusive, mobile usage abroad. Now to plan some Snapchatting in the Seychelles…