For the last six years, Google has been gracing us with the Nexus line of mobiles. Whilst Nexus hardware is made by varying manufacturers (think, HTC, LG), Google itself is in charge of software and design. The result has been a bit of a mixed bag, with early models failing miserably. However, many people agree that the Nexus 5X is one of the greatest mobiles of all time.

Sure, there’s some room for discussion here, but the bottom line is that in the last six years, Google has garnered a fair few Nexus fans. Until now. This year, Google announced the retirement of the Nexus line, to be replaced by the new Pixel line. And not everyone is happy. So if you love your Nexus, but don’t want to invest in a Pixel, what are your options? That’s what we’re here to look at today. 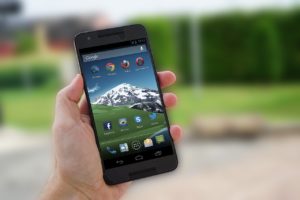 Why We Love the Nexus

Before we get into specific models, let’s first talk about why these Nexus phones are so popular, and somewhat by extension, why many Nexus owners don’t want to go Pixel. The first, and maybe most important factor here, is cost. Nexus made a name for itself by being top quality hardware for very reasonable prices. Last year’s Nexus models premiered for just £399 for the 5X and £449 for the 6P base models. On the other hand, at launch, the regular Pixel was £599, and the Pixel XL was £719.

That’s quite a price hike and has been enough to turn many Nexus lovers off buying the new Pixel phones.

So we love Nexus mobiles because they’re affordable. But that’s not all. Nexus phones run stock Android. And while some people might not know that this is why they love their Nexus, for many it is. Running stock Android, as opposed to, say, the Samsung Galaxy version of Android, means less bloatware, less useless apps (that often can’t be removed), and therefore more speed. And for the tech inclined, Nexus mobiles also feature an unlockable bootloader, which means it’s very easy to customise them.

All of this means that if we’re looking for a Nexus replacement that isn’t the expensive Google Pixel, then we want something that’s affordable, runs close to stock Android (no bloatware or useless non-deletable apps), and that can be customised. That’s a tough shopping list, but there are a few phones that Nexus lovers might want to consider if they’re thinking of a replacement…

Our top choice for a Nexus replacement has to be the OnePlus 3. It does meet all our criteria. It’s certainly affordable at just £329, and it’s easily customisable if you’re that way inclined. And while it doesn’t exactly run stock Android it does have a very, very lightweight version on board, with little to no bloatware. On top of that, it’s also a pretty awesome phone. 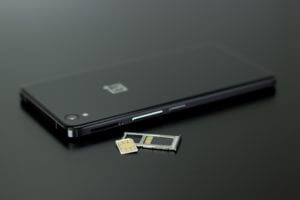 Released in June, 2016, the OnePlus 3 gets quad-core processing power and a massive 6 GB of RAM, so it’s certainly fast and responsive. There’s a stunning 5.5 inch high definition AMOLED screen, plus a big 16 MP rear camera and 8 MP front cam.

The only real deal breaker for some people is that there’s no expandable memory, and there’s only a 64 GB internal memory version available, but since that’s larger than the basic Nexus memories, that should be fine.

The OnePlus 3 is smart, snappy, and good looking. And that low price tag coupled with big spec numbers means that it’s going to be a sweet deal if you need a new handset. And if you fancy going up a notch there’s the newer OnePlus 3T model which has had a healthy spec boost.

Okay, okay, ZTE might not be the most recognisable name to UK shoppers, but they’re one of the biggest mobile manufacturers in the world, though they mostly focus on Asian markets. But at around £300, running a close to stock version of Android, and easily modded, their flagship Axon 7 handset might be just what you’re looking for.

Another June 2016 release, the Axon 7 gets quad core processing and 4 GB of RAM for plenty of speed. Again there’s a 5.5 inch AMOLED screen, but this time it’s a 2K display for even better clarity and colour. There’s a 20 MP cam at the rear, and an 8 MP camera up front, 64 GB of internal memory, plus an SD card slot to take that up to a whopping 256 GB of storage. Not a bad package at all.

If you want flagship specs at budget prices, the ZTE Axon 7 is a real steal. How close is it to that Nexus that you love? Pretty darn close in our opinion, and in some respects (camera, screen resolution) it’s even better.

The Moto G4 Plus

Hold onto your hats here, because the Moto G4 Plus is a stunning deal. In general, the Moto G range has been a bargain series of phones with great specs and low prices. And even the top end Moto G4 Plus (with large memory and tonnes of RAM) comes in at just £250. It’s running a light version of customised Android, meaning there are just a couple of added bloatware apps, and it’s very customisable indeed.

Spec wise you’re getting full octa-core processing and 4 GB of RAM, meaning speed and responsiveness should be no problem at all. There’s a 5.5-inch high definition LCD, a 16 MP rear cam and a 5 MP front-facing camera. Internally, the largest G4 Plus model gets 64 GB of storage, but there is an SD card slot so you can add up to 256 GB more.

Motorola makes some excellent phones, but the Moto G4 Plus is a cut above the rest. All those big spec numbers for just £250? And if you’re a Nexus lover, even the design of the G4 Plus will put you in mind of the Nexus 5X.

Truth be told, the Pixel phone line is pricey, and that’s been a disappointment to many Nexus lovers. But if you do need to replace that old Nexus, there are other options out there that don’t require you spending your entire monthly salary. So check these models out!