Not wanting to feel left out, Lloyds Banking Group is the latest to announce another tranche of cash to cover high than expected Payment Protection Insurance (PPI) complaints. The last seven days has already seen Santander, Barclays, HSBC and RBS add £1.75billion to their collective compensation bill for mis-selling the insurance product. 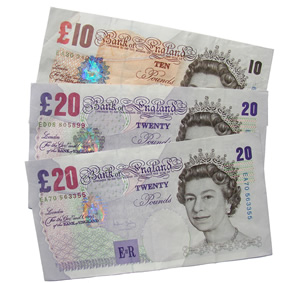 Too early to say if the problem is over’

Government-backed Lloyds has taken an additional £500 million provision, boosting the amount it has set aside for the scandal to over £10 billion – just under half the current total compensation pot.

Like many of the high street banks, Lloyds puts the latest provision down to a sharp increase in claims against policies sold prior to 2005, the majority of which have been brought by claims management companies.

Speaking about the number of PPI claims being handled by Lloyds, George Culmer, the bank’s chief financial officer, said: “Although the PPI claims were tapering, it was too early to say definitively that the problem was over.”

On Friday, Royal Bank of Scotland added an extra £150m to its own compensation pot, taking its total PPI set-aside to £3.25bn. RBS is also dealing with imminent transatlantic regulatory fines over its role in the rigging of LIBOR (London Interbank Offered Rate), the rate at which banks lend to each other. Should the case go against them, fines of up to £300m from regulators in the UK and US are predicted.

With so many hundreds of millions in fines being bandied about, you’d need some sort of PPI calculator to keep a track of how much compensation is available. And there’s more. Barclays has also pulled out its wallet to pay for more PPI refunds, announcing in its half-yearly report that it would pay an additional £900m in compensation. That takes its total compensation bill to almost £5bn with the lender conceding that the scandal could have years left to run.

Speaking about its management of PPI provisions, chief executive of Barclays, Antony Jenkins, commented: “The bank will continue to review the provision utilisation and claim trends in the coming quarters and we are working hard to resolve the PPI legacy”.

Even Santander UK have got in on the act, it hasn’t taken a PPI write-down for over three years but this month announced it would be setting aside £65m for PPI compensation. Rumours have been circling that chief executive Antonio Horta-Osorio may use the bank’s half-yearly results to call for a claim cut-off point, but this would be a very unwise decision as a complaint deadline is a contentious and heavily opposed issue.