It’s said that an Englishman’s home is his castle, and with property in the house-proud nation among the most expensive in the world, it’s no surprise that when the value of homes falls for any reason, owners are alarmed. 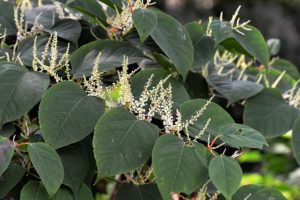 This is the prospect facing thousands of homeowners around the UK today, and it’s all due to a species of plant that is not even native to Britain but has its origins far, far away — in Japan. We’re talking about Japanese knotweed, a highly invasive plant that’s causing havoc all over the country and leading to enormous plunges in the prices of properties.

What is Japanese knotweed and how did it end up half a world away? This peculiar species, which grows like wildfire and quickly overwhelms everything in its path, was brought into the UK in the 1800s as a decorative plant. It has dainty, heart-shaped leaves and pretty, off-white flowers that appear towards the end of summer. Victorians loved the plant and proudly displayed it in their homes and botanical gardens. Soon enough, however, their Japanese knotweeds grew out of control and seemingly couldn’t be contained. So they cast them out into the wild, and Brits have been battling it every since.

This, now, is the sheer scale of the Japanese knotweed problem, as reported by the PlantTracker website:

Japanese knotweed can and does lead to a variety of problems with properties, starting with their structural integrity. The plant has a large root system that can grow into cracks in walls as it seeks out moisture, and damage them as they get bigger. The roots can also interfere with underground piping around a house, such as for water and sewage, and cause difficulties there too. 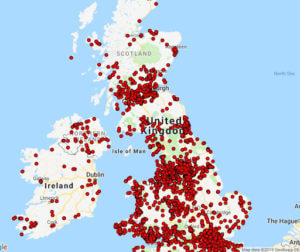 It’s for these reasons that it’s practically impossible to get a mortgage for a house that has Japanese knotweed growing on it, or to sell one, and usually a specialist Japanese knotweed removal firm will have to first eradicate the infestation.

The problems don’t stop there, however. It’s against the law in the UK to allow Japanese knotweed to spread onto neighbouring properties. Failure to contain it can result in prosecution, including a hefty fine, and there are also penalties for improperly disposing of the weed in the wild, as doing so might cause it to grow out of control all over again.

In one recent case, in the English city of Bristol, Japanese knotweed was present in a house owned by a property developer and was allowed to spread to seven neighbouring homes. Legal action followed and it was found that the company was liable for causing damage to the neighbouring properties. Ultimately, the company was fined £18,000 and ordered to pay costs in the case. 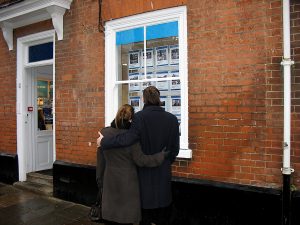 Such is the scale of the scale of the Japanese knotweed problem in the UK that it has led to the devaluation of homes around the country of around £20 billion. That’s according to the results of research that shows upwards of a million homes are affected by the weed and have since had the value of their homes slashed.

“Japanese knotweed is the problem that just keeps growing. For most people in the UK, their home is their biggest asset and often the ‘pot of gold’ they are relying on in retirement, but Japanese knotweed is having a serious impact on values by deterring buyers and making homes difficult to sell, even if the knotweed has been successfully treated,” said Nic Seal, head of Japanese knotweed removal firm Environet, which commissioned the research.

Experts say there’s no effective way to carry out Japanese knotweed removal on your own due to the problematic root network — if just part of it remains in the ground, it will almost certainly start to grow again — and that the only way to get rid of it for good is to call in a specialist firm, and one that will provide an insurance-backed guarantee of up to a decade.