Little do we realize every day that all we own is a blessing because many people do not have those privileges? When you go out and ponder upon those who have less than you, you become much more thankful and satisfied with your current wealth. People have no homes and sleep under bridges, while many others who do have no guarantee if they can get the next meal. 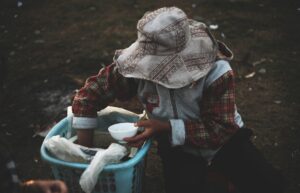 That is the sad reality of poverty, which affects millions of people around the world. There are several reasons for it, and with time, it is only increasing mainly due to a lack of effort to eradicate them. Many governments employ social protection programs to help the impoverished stand on their feet and get back to life, but they are not enough. On the other hand, many non-government organizations also raise funds through charity and fundraisers to alleviate their circumstances.

Among other things, there are many fundamental rights of human beings that poverty deprives them of all. One such reason is that of education, which not only gives humans a basic understanding of everything but also provides them a chance to start a career. Without knowledge, poor people stay below the poverty line for generations. Similarly, when they can’t get the next meal, it isn’t very reasonable to imagine if they will be getting quality healthcare. They fail to pay for treatments for obvious reasons and then suffer the perils of the diseases for an eternity. Many of these diseases are life-threatening if they reach the chronic stage, and hence, they increase the mortality rates among the poor. In this article, we will discuss some of the key facts involved in this vicious cycle of poverty and poor health.

First, we will discuss how poverty increases your probability of getting ill.

Owing to the lack of financial resources, poor people cannot afford meals and eat whatever they get their hands on. Our body needs a certain amount of nutrition without which it would stop functioning correctly. The meals that the destitute have would not necessarily be hygienic as getting such food costs even more, which they cannot afford. 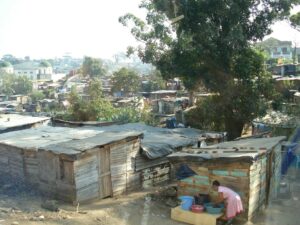 Due to the urbanization process, people now construct something on previously empty swathes of land where poor people resided. That moves the destitute out of urban regions, and suburban poverty contributes more to the lack of nutrition, as they are now out of reach for those who wanted to help them.

Standards of living play a huge role in someone’s health, and overcrowding is one such factor that contributes negatively to it. A study shows that children who live in an overcrowded environment are more prone to developing illnesses and infections. That happens because viruses can easily be transmitted from one to another in confined spaces. People living in such conditions are also more exposed to tobacco smoke and suffer from being passive smokers.

While most of us prefer bottled and filtered water, most of those under the poverty line cannot afford the same privilege. Disadvantaged people consume contaminated water that can hurt their health due to the presence of water-borne diseases. They are more at risk of contracting diseases like cholera, diarrhea, hepatitis A, typhoid, and polio.

Many of those who are poor have to face harsh realities to keep their head above the water. They take up difficult, life-threatening jobs only to provide their families two meals a day. They also cannot sometimes afford safe transportation and usually walk, putting them at risk of getting into road accidents. Such harsh realities, coupled with lack of nutrition, have a direct impact on their health and mortality rate. 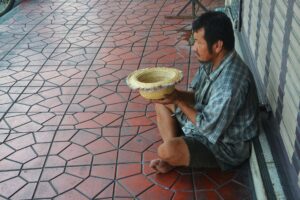 On the other hand, poor health also impacts the person’s wealth and drags them towards poverty, making it a vicious cycle.

When people fall ill, they cannot appear for work, resulting in salary reductions or termination. Since poor people cannot afford insurance plans or have access to other benefits, they can face the financial brunt of their ill-health. Even if they hide their health condition somehow and appear at work, their productivity in such cases reduces incredibly and are more prone to getting fired. Many organizations also do not employ those who have any visible illness or disability hampering their work. 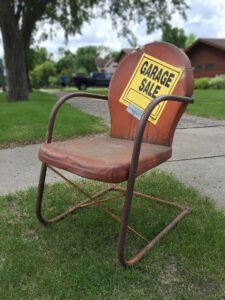 In pursuance of acquiring better health facilities, many families have to sell their other assets to pay the hefty health bills. Most of these are essential assets such as land, houses, or even their business places since some health issues require costly treatments.

Countries that can afford it should focus on structural changes and work on ensuring progressive taxation, so the benefits transfer to low-income families. States should also invest more in health infrastructure where low-cost facilities can provide to those who need it the most. More health professionals should train, so such services do not lack the human resource required for their provision. On the global level, wealthy countries should share their expertise and knowledge about how they overcame poverty with the developing countries.

Health is one of the most basic needs of humans, and those cannot afford it, suffer a great deal. Those who live under the poverty line find it extremely difficult to cope with any illnesses and the financial strain that come with them. Not only does the disease reduce their productivity, but they also sell the assets to cover the bills, which drags them towards the quagmire of poverty. We need significant structural changes in our society from the government to overcome it, while also working closely with the non-governmental organizations.