We evolved to want things right now! A recent survey commissioned with 1,000 UK residents by Satsuma found that online shopping is (for the most part) to blame for overspending. As many as 7 in 10 people surveyed admitted the ease of purchasing things online makes it much more likely for them to follow through with an unplanned purchase. 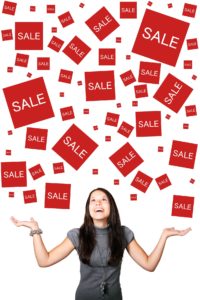 Instant gratification isn’t new, we’ve always craved it. Once, eating today and not storing food certainly meant surviving until tomorrow. Not eating straight away might have meant dying of starvation today and others eating the food tomorrow.

Many people impulse buy. Some give in to temptation more than others, but most people have triggers.

Occupational Psychologist, Kim Stephenson (CPsychol, MSc, PGDCCI, ACII, DipPFS) has identified some of the common triggers involved in impulse spending and detailed some associated remedies to support us towards managing our impulse spending habits better.

If you’re saving for a special treat, it’s easier to avoid spending on impulse. Have a goal in mind, it might be a holiday, a new car, something for your hobby, a present for a loved one. Make it a positive goal, if it’s “to avoid being unable to pay the bills” it will not work as well as “have spending money on holiday” and think about how good that goal will feel when you achieve it. 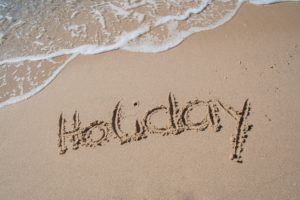 Visualise what you are saving for. Have pictures of what you want, stick them on your make-up or shaving mirror, have them on your phone. Put a mark (say, a red dot from a stationery shop) on the picture and on your phone, watch, mirror, credit card, over your desk, everywhere. Get that link in your head. When you see the dot (when you take out your credit card or wallet, for example) you’ll see in your mind the treat you’re saving for. It will make you think, and thinking is the enemy of impulse!

We see our friends or rivals with something new and think, “I’ve got to have that too”. Next thing, we’re buying it online and/or on credit.

Remedy: Focus on your goal, if you keep your mind on what is important to you, you’re less tempted to impulse buy something just to compete with others. And remember what your mum said, “if Jonny jumped off a cliff, would you do that too?” We all like to have the latest stuff, to be the one who is envied, not the one who envies. But let other people spend money they don’t have, on things they don’t really want, to impress people they probably don’t even like – focus on what’s important to you and ignore what other people do. 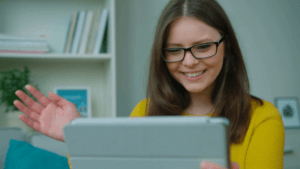 We buy things “because they are there”. We evolved in a world where it was hard to find enough food, get shelter and be safe from predators. We all have in our genes the desire to be safe, well fed, to know we’re secure. So, some buy clothes that never emerge from the wardrobe, more food than they need (a big reason we have epidemics of obesity and type- 2 diabetes) and lots of shiny things that seem to cry out “buy me and you’ll have lots of resources, you’ll be safe”. If we see it, we often buy it without thinking.

Remedy: Thinking is the solution. Ask yourself, “on a scale of 1 to 10, where 10 is what I really love, how much do I really want this?” Make that your automatic default, see something, it appeals, ask yourself the question. Unless it’s a 9 or 10, don’t even consider it, you don’t want it, you’re just reacting to it being there. If it is a 9 or 10, then think about it. If you spend the money on that, you can’t buy things you really want. It means that if you buy this item at, say, 6 on the scale then the money has gone, and all the other 9 and 10 items have gone as well.

Selling product is a science. Some very smart people design shops, websites, markets, auctions to play on our human reactions. Shops are designed to take you past things you’ll buy on impulse (like at the checkout), websites are designed to make it easier to “one click” than it is to move on. It’s a multi-billion-pound industry, to get you to buy without thinking, to buy on impulse.

Remedy The best protection is knowledge. Assume that any time you go into a shop, browse a website, even go past a store display, somebody is trying to sell you things. Be alert and think.

Websites – try not to log details or use apps that allow instant payment. They keep it simple, so you will pay before you think. You need to think and if you must enter credit card details or put in identifiers not on the system beforehand, you have time to think.

Try to ignore offers of “full refund in X days if you change your mind”. Once you have made the purchase many people find it far too embarrassing to admit they can’t afford it, or find returning it a huge effort which will tie up too much of their time, particularly compared to the simplicity of paying. 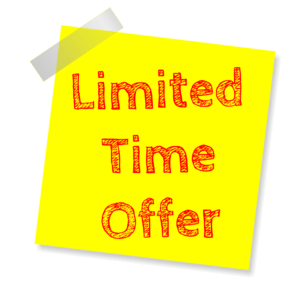 Special offers – they aren’t always special. They’re designed to make you think you’ll get something for nothing which isn’t necessarily true. For instance:

Two for one or Buy Two Get One Free both light up part of your brain marked “if one is good, two or more are better” before you think about whether you really (9 or 10) want two.

Discounts make you focus on what you “save” from “normal” price. Think. What you’re doing is spending. It may be at a discount (from an inflated price) but it’s still spending even if it’s “only” 70%. Unless you really want it – don’t buy it on the impulse that you’re saving, because you’re not.

If something is “only” any amount “when you buy X”, think! Our brains want free stuff. It’s easy to want something costing, say, £10. And to be lured by, “with metallic finish is only £1” and “batteries fitted is only £1.50” and so on. The basic purchase might be worthwhile (a genuine 10). But the extras that “only” cost a few pounds or even pennies, can double or triple the cost – and that’s giving way to impulses.

By putting these tips to work, you can avoid being one of the 1 in 3 respondents who confessed to impulse buying things they couldn’t afford or one of the 4 in 10 people surveyed who felt guilty and ashamed after making impulse purchases in Satsuma’s survey.

By taking small steps and being aware of your triggers, you can take control of your spending and conquer those impulses. 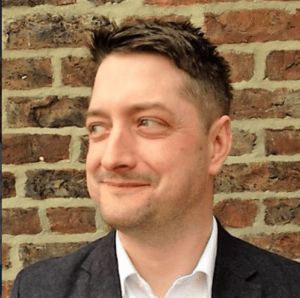 Working in digital marketing for over 12 years, Tom has a wealth of experience gained developing and implementing digital campaigns in both agency and client roles. Throughout this time Tom has worked in a wide variety of sectors helping organisations from startups and local SMEs through to multinational global organisations achieve success online.