In recent years, the payday loans industry has received bad press and a lot of attention. From the big providers of these short term loans being impacted by the introduction of new legislation in 2014 by the Financial Conduct Authority, to the very way in which providers lend money, there are many changes to the industry which are working to the benefit of consumers and lenders alike. 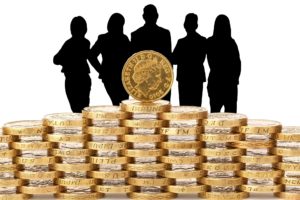 There are also a number of additional short term loan products now available on the market.

This means that particularly when it comes to needing a loan for a very specific purpose such as debt consolidation, car repair or even in emergencies, there are now specifically tailored loans for these very purposes. A major benefit of that is that these lenders better understand the needs and requirements of their borrowers. From the borrowers’ point of view, this often means much more streamlined application processes.

Previously, the payday loans industry and the short term lending industry as a whole went very much unchecked. Whilst this allowed a lot of companies to be able to start and progress their businesses, this was very much at the expense of borrowers. however, in April 2014, the FCA introduced numerous checks and balances that brought the payday and short term loan industry into the 21st Century.

Previously, the industry, including the top 10 position [page 1] of Google were dominated by a number of unscrupulous lenders who hit the UK news. Some lenders were found to be charging customers thousands of Pounds on loans which were initially worth a few hundred Pounds.

The FCA introduced numerous controls including a cap on the amount of daily interest which can be charges, now capped at 0.8% and a maximum amount which loans may be ‘rolled over.’ This was a major shift in the industry as previously, lenders could legally charge borrowers who didn’t make payments almost anything they saw fit in penalty fees. However, the regulations introduced by the FCA changed this drastically.

Lenders must now help borrowers repay their loans as soon as they are aware that the borrower is unable to repay. This may be in the form of a payment plan or referral to a debt management company. Whilst defaulting on or missing payments on loans does serious harm to one’s credit rating, it is still important not to totally default on a loan.

Changing How Repayments are Made

Traditional payday loans were in effect, short term loans over a period of around 30 days. Loans were specifically designed to be repaid on or around ‘payday.’ The basic premise was that borrowers could acquire the money during a month where things were a bit tight and they needed tiding over. The lender could provide the money and would charge interest on top.

There would be a pre-arranged and agreed timeframe and repayment schedule which the borrower would agree with the lender. On the agreed date, the borrower would repay the entire capital of the loan plus interest in full, clearing their debt. However, many found these loans very difficult to repay and to manage as a single payday may not always have covered the full amount of the loan plus interest charged.

Hence, nowadays, many payday lenders are much more flexible and will often allow borrowers the option to repay their loan over a number of months and repayment periods. For example, a borrower may spread out their repayments over the course of 3 months; each month paying a portion of the capital plus interest. 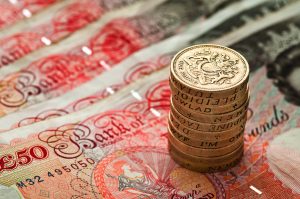 By the end of the repayment schedule and period, the borrower has cleared their loan in a very manageable way, as opposed to having to clear everything in one go. This effectively means that borrowers of payday loans can implement a degree of financial planning spreading out repayments in a much more affordable manner.

It is now more important than ever that lenders carry out the necessary checks on borrowers before approving them for the loan applied for. Many lenders refer to this as a ‘responsible lending policy,’ which sees money only being provided where there is a clear indication that the borrower is able to repay.

Lenders therefore will carry out credit and affordability checks. These allow the lender to view the credit report which shows the credit history of the borrower. It is a strong indication as to whether or not they will be able to afford a loan; if they have made timely repayments on any credit or loans in the past. Conversely, if a prospective borrower shows a pattern of making late payments or defaulting on loans and credit, the lender is now more unlikely to lend.

Some lenders are now undertaking bank scrapes, which entail a one time, read-only report of the prospective borrower’s bank statement over a redefined period; usually around 3 months. This may be referred to as a test of ‘true affordability’ as the lender bases their lending decision on the demonstrable financial practices of the borrower, rather than via a questionnaire or self-assessment plus credit check style application process.