Home
Managing Money
How Could a No Deal Brexit Affect the High Street?
Prev Article Next Article

March 29 2019 is drawing nearer, and the government still has no clear plan or strategy on what an exit from the European Union looks like, despite having triggered Article 50 in 2017. One of the most common phrases being thrown around is the concept of a ‘no-deal Brexit’, and while vox pops on the news might cite citizens as urging the government to ‘get on with it’, there is still no tangible way this can happen. 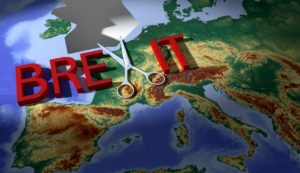 The customs union, the single market, and the Irish backstop are just a few of the key points of contention, and a no-deal Brexit will see Britain crash out of all of them with no plan. But how could a no-deal Brexit affect the high street?

The GBP has already had a tumultuous journey since the Brexit vote resulted in 51.9% to leave the EU, as illustrated by the Brexit timeline, which shows decreases in the pound’s value at various points – including when Article 50 was triggered and when Theresa May lost a crucial vote for her Brexit deal. There is no doubt that when Britain leaves on 29 March, GBP will be at its lowest ebb compared to EUR and USD especially. Therefore, companies may lose value, as demonstrated by the FTSE 100. 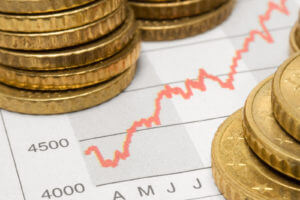 The FTSE live shows the value of shares in companies in real time and helps to monitor how economies are faring and how certain sectors – including those pertinent to the high street – are doing. Following the FTSE live 100 chart will allow consumers to see how companies may take a hit from Brexit – and how this cost will reflect in price changes in conjunction with the current state of the currency, leading to uncertainty and unpredictability on the high street.

Without access to the extensive trading bloc that comes with being an EU member state, Britain would revert to WTO (World Trade Organisation) rules. This means that tariffs – taxes on imports – and quotas – limits on goods traded – will be affected. Under the EU, Britain pays 2.6% for non-agricultural products, while WTO rules can tax as much as 10% for cars and car parts – which could explain why Nissan recently pulled out of Sunderland for their latest model build.

This doesn’t even cover the fact that no plans for the lengthier port checks will lead to goods rotting in lorries and huge backlogs with no plans in place for the 10,000 lorries that cross the port of Dover daily. Overall, higher tariffs for importers will likely be passed on to the consumers in some way to maintain profitability, meaning prices for many things are likely to increase. Supply and demand will also see that products that have no problem with tariffs or transport may see price increases due to the high demand for fresh food. 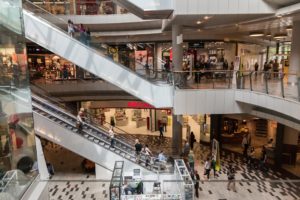 The Spirit of the High Street

Having said this, examples of positivity for the high street can be seen in the camaraderie that they are exhibiting by banding together. For example, in York, a group of independent businesses has banded together to show the power of the high street, as well as the benefits of shopping locally and thinking of the environment and small businesses. If we’re unable to purchase from overseas due to prices or lose access to any of the goods should transport become an issue, people will be forced to think local and shop from sustainable local sources.

If nothing else, a no-deal Brexit will remove some of the power and monopoly that major corporations have and give some of the market back to the smaller, local growers and makers.

With GBP dropping and prices increasing, all signs are pointing to tough economic times ahead. The facts, figures, and expert advice don’t bode well in any Brexit scenario, especially for the high street. However, with a greater focus on domestic agriculture and manufacturing, there may be at least one silver lining to a no-deal Brexit.