Home
Foreign Exchange
How Much Holiday Travel Money Have You Got Lying Around?
Prev Article Next Article

Are you short of cash? Maybe it’s time to check the holiday travel money you have lying around the house. According to Zopa, the average household has just over £110 leftover, a rather useful amount to have. 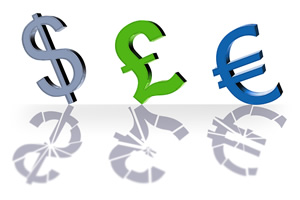 Research by peer-to-peer lender Zopa has found that leftover foreign currency lying around the house amount to almost £3 billion across UK homes.

Some 65% of Brits admit to keeping their foreign currency at home when they return from holiday, rather than exchanging it back into Sterling.

In contrast, only 13% of respondents said they exchanged it when they returned from their travels.

Perhaps helped with the common currency, the Euro, being used across Europe, 16% said they kept it in their wallet until the next time they were abroad.

Nearly 80% of holiday makers hold on to their spare Euros, and 43% harbour US dollars. 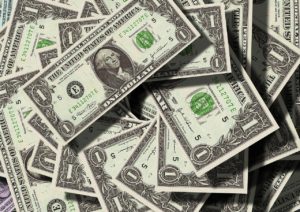 Instead of holding on to this cash until next summer, an option is to convert the holiday travel money back into sterling and bank it to earn some interest.

For example, Zopa currently offers 5.2% annual interest on money lent for 5 years, and customers can lend as little as £10 to get started.

Of course, if you’re going to be travelling abroad again soon, rather than leaving the foreign currency around, you could convert it straight into the next currency needed, saving the cost of exchanging into pounds and then back again.

Giles Andrews, CEO and Co-founder of Zopa says: ‘Whilst it can be a pain to exchange your money back into Sterling after returning from your holidays, by leaving it lying around the house, Brits are missing out on potential interest that could help pay for their next trip! Alternatives like Zopa, are offering bank beating interest rates, so it’s the perfect time to cash in that currency and get your money working for you.” 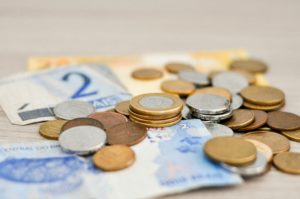 Diane Ray, MoneyHighStreet.com comments: “As with most personal finance related matters, most of us tend to be a little lazy or should that be leave matters until they really need dealing with. Clearly when it comes to our leftover holiday money, it’s easier just to leave it in our wallet or drawer until we’re about to head off to another country again.

This, as the Zopa research shows, really isn’t the best approach. Instead think about what’s best for you, whether perhaps to convert the money back to sterling or another currency. The key is to be proactive and by doing so you may be able to save money, or even make money.

If you’re looking to exchange a large sum of money, you may want to use a currency broker to help you. These can offer you far better exchange rates than a conventional bank. Our article here, ‘What Does a Currency Broker Offer?‘, may be of interest to you.