Theresa May’s pledge to cap energy bills has highlighted that 17 million households are buying their electricity and gas on standard tariffs, failing to realise that switching energy suppliers, is in fact very quick and easy. 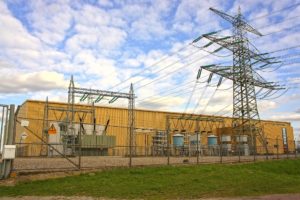 Even though many householders have found good energy deals in the past, research shows that seven out of ten households default to the standard tariffs once their fixed price, or discounted offers, ends.

As the standard variable tariffs (SVT) are generally the most expensive, this complacency is costing UK households £1.4 billion in needless costs, according to Government figures.

This initiative by the Conservative party is aimed at limiting price rises for standard variable tariffs in the future, but does allow them to fall if wholesale energy prices are reduced.

On the face of it, this looks like good news for the consumers who are paying over the odds for their gas and electricity on standard tariffs, however it may actually cause energy prices to rise, as Richard Neudegg, Head of Regulation at uSwitch.com, says:

A price cap would be the death knell for competition. It would remove any incentive for energy companies to drive down prices and fight to keep their customers, entrenching the position of the incumbent big six. It would create a false sense of security for consumers on poor value SVTs, reducing the chance of them seeking a cheaper deal.

“The evidence is clear that boosting markets and competition – not heavy-handed regulation – is the best way to keep prices low and help consumers get a good deal.”

The energy market has become more competitive and it is generally the new small energy companies such as Bulb and Ovo Energy that not only supply higher percentages of energy from renewable sources, but, in the case of Bulb is reducing their gas and electricity charges as wholesale prices have fallen recently.

In order to tempt customers away from the larger companies, Bulb offers a £50 discount and refer a friend scheme whereby their customers can earn credit to their accounts by inviting their friends to switch to them. 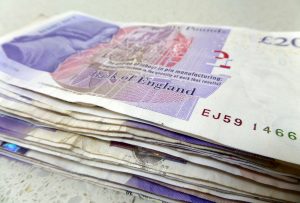 It is initiatives like this, plus offering good environmental benefits that make smaller energy companies an attractive alternative. Consumers can benefit from lower prices as well help the environment.

The problem is, however, that the majority of home owners are too complacent – once their direct debit payments are in place, they take their eye off the market with out realising that they could be paying at least £100 per year more for their gas and electricity than they need to.

Switching energy supplier is quick and easy, however this message is still not getting through to those 17 million households, as Ed Kamm, UK MD, First Utility explains:

“The Big Six have been exploiting customers’ loyalty for too long and it has to end. The brutal truth, hidden away in the Competition and Markets Authority report, proves that the Big Six have been relying on their SVT customers for years to bolster their profits. We have to see real change in 2017, with the onus on helping those who have been kept on bad deals for years and years.”