The list of “essentials” that people will make for their home will rarely go further than interior design and technology choices, if questioned casually. However, in real terms, the most important thing that people need for their house – whether rented, mortgaged or owned outright – is home insurance.

While it is a necessary expenditure that has risen in cost over the last few years, things are finally starting to get a little easier – at least, according to the latest survey by a comparison site.

Research carried out this month by MoneySupermarket.com has discovered that the cost of home insurance cover has fallen annually due to a rise in competition between providers, leading to all 121 postal regions in the UK experiencing a drop in premiums between 2011 and 2012.

Those looking to get home insurance quotes could, in effect, be in for a nice surprise when they next redraw their plan.

The analysis of the latest figures – taking into account no fewer than 3.5 million quotes between March 2010 and February 2013 – concluded that premiums had fallen by 13 per cent, bringing the average annual cost of the necessary cover to £136.

This puts them at their lowest total since spring 2010, and gives people a chance to breathe a sigh of relief in the face of other utility bills such as electricity and gas, which have continued to rise. 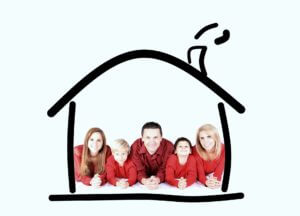 There were a number of big winners. Kingston-upon-Thames experienced the steepest drop in home insurance costs, falling 14 per cent; meanwhile, The Yorkshire towns of Halifax and Harrogate were also big winners, where average cover declined by 13 per cent.

However, there were still huge differences in cost of insurance between the cheapest and most expensive regions in the UK.

Norwich topped the list for best-value deals, posting an average premium of £113.22; Hereford was second with £114.48.

However, Harrow in North London was the most expensive of all, where homeowners are asked to pay a typical £211.91; a massive 87 per cent more than its East Anglian contemporary.

Home insurance expert at MoneySupermarket.com Hannah Jones said of the findings: “This will come as welcome relief to many consumers who are struggling with the high cost of living and will not necessarily buy home insurance as a result of the pressures on their wallet. Competition among providers is continuing to drive down the cost of home insurance policies and it’s important that consumers take advantage of this.” 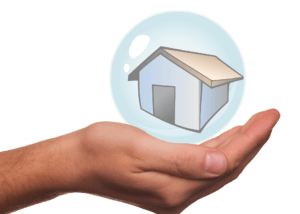 However, she stressed that there were still ways that people could get better value-for-money from their insurance quotes, particularly if they were to come in well above the average they were quoted. She primarily recommended “installing a suitable alarm system and having adequate locks on doors and windows” in order to bring a premium down.