Demonstrating an awareness of and respect for different cultural behaviour is one of the first things an international business prospect needs to know if they want to look intelligent and refined (and who doesn’t). 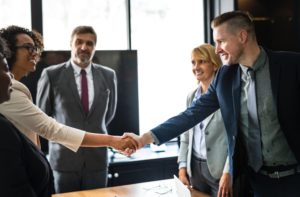 Many expatriates of non-UK English speaking countries have found it difficult to adapt to UK customs which can be subtly confusing when compared to more obvious differences in countries such as Japan. There seems to be an expectation of similarity between countries that speak the same language and these assumptions can cause embarrassment or a bad reputation.

Gesturing is one of many types of cultural nuance that can create an impression. For example, the ‘thumbs up’ gesture, which represents positivity or an affirmative in Western culture, can mean the equivalent of a ‘middle finger’ in other cultures. First impressions, communications and meetings are all topics that have specific etiquette guidelines to conform to whilst in the UK. Seeing as the British love manners, it’s a good idea to swat up on UK business etiquette.

Meetings in UK business have been described as inconclusive and frequent. Very often they are used as a forum for open debate as opposed to other cultures which may use meetings for assigning tasks and delegation. By comparison to other countries, there is a lot less preparation done prior to the meeting, which means you are expected to use the time in the meeting to demonstrate your usefulness – no hiding behind an agenda or slacking off or sleeping! 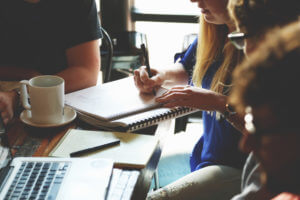 UK meetings are still quite formal and require usual common courtesies such as punctuality, committing to appointments, not interrupting others and listening to others

As it is impossible to measure the length of a debate, it may be difficult to determine how long a meeting is going to be and therefore there is a slight chance it will stop short or overrun. It is probably wise to leave a considerable length of time between meetings in case one overruns, or you have transport difficulty, i.e. you miss a train.

Meetings are usually around lunchtime but may be held at breakfast or dinnertime. Generally, people do not meet for food the first time, but it is common to meet for food and drink at other times, whoever calls the meeting is usually expected to pay for the meal.

When you are the guest, make sure you print a map of directions to the restaurant, as it’s easy to get lost in a city and with technologies like Google Maps and smartphones, getting lost is no excuse for lateness or absence. Also make sure you allow spare time in case of bad traffic or congestion on the roads/buses or at some times of the day, the tube.

If offered alcohol, it is best to follow whatever the contact is doing, especially if they are the host. You may feel inclined to sample British Ale and maybe even encouraged to do so if your host is particularly keen to welcome you to British culture. Larger amounts of alcohol are consumed at dinnertime, but in both cases, you are not expected to drink if you do not wish to. 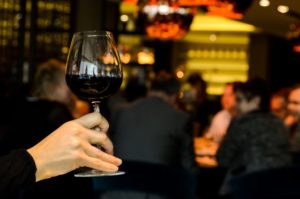 When it is your turn to arrange the appointment, it is safer to book a table at a nice place, but not too expensive as it may seem like you’re showing off or it may intimidate your contact, which you don’t want to do. Take recommendations from your hotel if you are staying at one, friends if you have any in the area or perhaps ask the contact themselves to see what they recommend, that way you will know it’s a place they like! Some sectors, such as the media sector, prefer venues that have a cool reputation but that will allow less formal clothing.

Waiting for an email reply or going to ring from a different country? Fact: most business hours in the UK are Mon-Fri 9am-6pm with lunch generally around 1pm-2pm, so consider this if you are having difficulty contacting a UK business from another country.

The best way to find contacts is at a networking event or through social media. If you prefer more traditional methods you may go off word of mouth or through a telephone/advertisement directory.

For making initial contact, networking events or social media are best. Networking is important to many different sectors of different-sized companies. Using social media to promote your business or find contacts demonstrates forward-thinking and shows you’re involved in a medium that is growing in popularity and opportunities.

More direct or formal approaches would be through a speculative email. It is usually better to email before phoning a new contact, as it gives them a chance to conduct research about you and your query (nosy at your LinkedIn profile) and prepare for any questions you may ask in a phone call. If a query is complex you may want to speak to somebody about it on the phone in order to explain yourself more easily, but it is not commonly acceptable to take up a lot of someone’s time on the telephone unless it is a planned conference call. 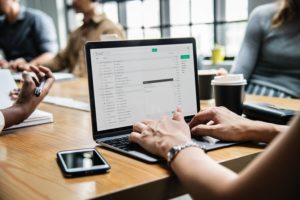 Contacting somebody through writing is not a common practice anymore, since the popularisation of email and the time saving, cost-cutting and paper-saving benefits it offers. If things can’t be embedded or attached to an email then fax is an acceptable way to send things urgently, if a fax machine is available and if you can bear that strange dialling tone they make.

Disagreeable topics to discuss at meetings include:

Favourable topics to discuss include: