Home
Property Market
Getting onto the Property Ladder in 2019: Interesting Findings from New Research
Prev Article Next Article

For a number of years now, it seems as if not a day goes by without there being some new story bemoaning yet another rise in house prices and the cost of renting. Whilst there may be some occasional ebbs and flows as in any market, the costs of property by and large seem to be on an ever upwards march which has led to all but the wealthiest of buyers feeling increasingly priced away from getting onto the Property Ladder. 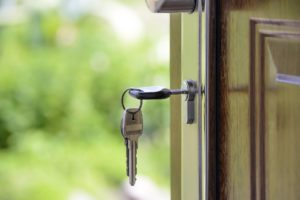 Indeed, recent research from the team at Guarantor Loan Comparison has said as much, having polled a number of those aged between 18-44 years of age to identify their primary financial concerns. Perhaps unsurprisingly, the number one topic of concern with nearly 46% of the overall vote was the struggle to afford a house and keep up with mortgage repayments. 27% of responders offered some counter-balance to this by stating that they felt happy with their financial capabilities, and general debt was marked by nearly 23% of those answering as their main source of financial grief.

Looking more deeply into this widespread sentiment of concern around home buying/mortgages, the research found some variance by age and gender demographics respectively.

Amongst men, 30% of those taking part in the survey held such a concern but just as many considered themselves to be in a good financial position. Women in comparison did not by and large share such an optimistic perspective, with 55% concerned about their ability to afford property and only 26% being unconcerned about their finances. 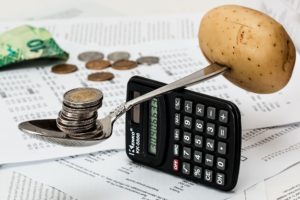 So if the costs of buying and renting are so severe, how are these respondents getting by? The Bank of Mum and Dad is for many the obvious answer, providing their children with the support they need to make acquisitions that would otherwise be out of their reach.

However when polled to identify the extent to which they rely on their parents, only 12.5% of those answering stated that their parents either pay for or help out with rent and mortgage payments. There was an even 50-50 split between those who were largely financially independent and those who enjoy a more consistent type of parental contribution, but these once again took various forms.

The most interesting statistic however, was that nearly 24% of all those surveyed replied that they could not afford their current lifestyle without some measure of financial support from their parents. This is perhaps to be expected amongst the younger half of those responding as they are only just beginning to develop their careers and incomes, but even amongst those aged 35-44, 38% still need parental backing. 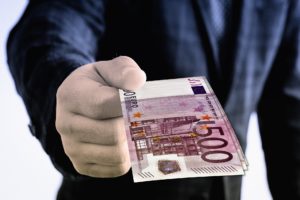 Whilst each individual taking part will have their own story and reasons behind their answers, we can perhaps speculate what is behind such results. For those aged say 30 and below, it is less likely that they are yet to have the financial responsibilities those aged 30+ – although this is of course speaking in broad and general terms.

These slightly older respondents have a greater likelihood of owing mortgage payments instead of rent (and therefore have less flexibility) and children too, which of course necessitate a significant financial investment. Parental support to meet costs such as these therefore should not be viewed as being frittered away on luxuries, but instead as contributions towards the important things – namely the health and happiness of future generations.