Home
Online Gaming
Which Games Would Benefit Most from Virtual Reality?
Prev Article Next Article

As a technology still on the rise, we are yet to see the full potential of what virtual reality can accomplish. While there are a few games which offered translations of existing AAA properties, the world is still waiting for a true AAA VR breakout hit. So where could this most likely occur, and what types of games could gain the most from VR implementation? 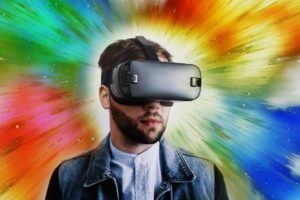 Ironically, one of the biggest areas with potential gains from this new technology is also one of the oldest. Gambling has been a staple of human society for thousands of years, changing and adapting to every possible technological gap.

While there are already many ways to find and enjoy online roulette games, for example, this market could only grow with the adaption of VR technology. Playing on existing digital tables is already far more convenient than the real thing, making it a more popular choice for many, and eventual VR adoption could bring this to an entirely new level.

When it comes to more traditional video games, there are some considerable hurdles which stand in the way of VR implementation. Among the most important is motion sickness. 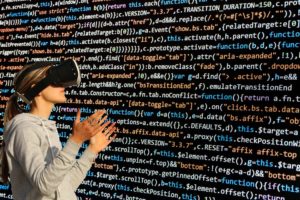 Most of us have seen first-person shooters as what could be the best fit for VR, but this sickness issue is an enormous problem. Moving quickly in different directions in FPS games is a huge trigger for motion sickness in many. This is why some games, like Doom, have relied on teleportation like jumps rather than constant movements.

A solution on this front would be to have a more stable and steady direct environment in VR FPS games. While this could lend itself extremely well to slower games like Mechwarrior, there don’t appear to be any perfect solution for the problems of faster, rapidly changing movement.

Having a steady viewpoint is also one of the ways in which racing games have seen so much success. These can give the effect of the world moving around you, rather than you moving around the world, which does wonders to combat motion issues.

This would also extend to piloting games, whether set on earth in space. Unlike racing games, however, the use of full rotation again creates a problem of overloading some user’s systems.

The ultimate fate of which games become the biggest hits in VR is difficult one to answer. We have already seen many genres succeed, even operating within the current strict limitations. So what happens when the VR devices get more powerful, and the backing hardware allows for even more detailed worlds?

There remains the possibility that advanced tricks might aid players in overcoming the physical issues which stand in the way of the current generation of games. On the other hand, it could prove that the more detailed a world becomes, the easier it for sickness to set in.

Whatever the case, the adoption in the right type of games and the eventual improvement of many aspects of this technology is a given. The only question remaining is, will VR ever be able to fight the popularity of classic PC and console screen gaming?