In fundamental terms, the justification for using a limit order is to secure a better exchange rate than would be achieved otherwise. When looking at substantial currency transfers even a small move in exchange rates can push the cost up significantly with adverse impacts for exporters. 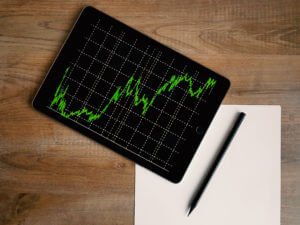 There have been important changes in the currency-market structure over the past few years and which have tended to undermine liquidity. Volatility has also increased which makes it even more important to take advantage of tools to save money. In many more instances, it is preferable to use limit orders rather than instructing to deal at spot rates.

Most importantly, the use of limit orders reduces the risk of a currency exchange being dealt at an adverse rate, especially as there is a record of the order level. By using a limit order, it is possible to guarantee that the rate will be no worse than a pre-set budgeted level and avoid the emotional pitfalls of monitoring markets moves.

There is also scope to take advantage of increased volatility to secure a better exchange rate.

The latest survey from the Bank of International Settlements (BIS) reported that overall daily turnover in currency markets declined to $5.1trn in 2016 from $5.3trn in the previous survey conducted in 2013.  This was the first reported decline since 2001 and the largest decline in activity was reported in the spot market.

There have been important changes in the market structure over the past few years with much tighter restrictions on proprietary trading within the major banks. Following the scandals surrounding LIBOR, banks are also much more cautious surrounding overall trading.

The principal outcome of the change has been an overall decline in market liquidity and currencies have tended to move erratically, especially with reduced scope for big banks to cushion market moves.

There have been increased examples of currency rates moving very sharply within the pace of just a few minutes of even seconds. A badly-timed order instruction can be very costly in terms of currency moves.

The latest BIS survey also reported that the dollar continued to dominate the currency market. Although the proportion of trades involving the dollar has fallen slightly, the US currency is still on one side of over 87% of trades. MoneyTransferComparison reports similar figures. 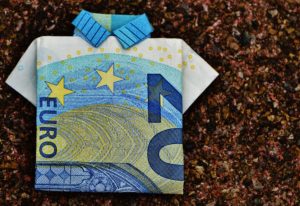 The proportion of trades involving the Euro declined slightly to just over 31% while the yen declined to 21.6% from 23.1%. Sterling saw an increase in market share to close to 13%.
Outside these main currencies, overall liquidity will be lower and if a currency exchange is being booked outside one of the main currencies there is a larger risk of erratic quotes with even relatively small orders distorting the market. In these circumstances, it is even more important to use a limit order.

Increased US and UK volatility

Specific circumstances have increased actual and potential volatility in Sterling and the dollar.

US President Trump has injected a high degree of uncertainty into asset prices, especially given his tendency to make comments on major issues through social media. There has also been a lack of consistency in his remarks which has increased volatility.

The UK vote to leave the EU will also lead to a sustained increase in Sterling volatility. The currency retreated to the lowest level against the dollar for over 30 years late in 2016 before a recovery. Negotiations to leave the EU will formally start in June and both sides will be looking to use the media in an attempt to strengthen their negotiating positions.  This open debate will increase Sterling volatility across even short time frames.

The use of algorithms (algos) and robo advisor controlled funds (robos) to execute trades has increased rapidly over the past few years and plays an important role, especially in short-term trading strategies for hedge funds. There is important evidence that their use as increased volatility, especially with a lack of liquidity.

Investors need to have protection from very sharp currency moves. It is also possible to take advantage of price moves which do not appear to be justified by fundamentals and are liable to reverse.

Limit orders can be used effectively in very volatile markets. If there are sharp currency moves, it can be extremely difficult to manage market conditions. Investors can cut through this volatility by placing limit orders at key levels.

It is important to remember that there is no global exchange or market for currencies. Individual banks and brokers will set their own prices unlike the situation in equities where index levels are set by one exchange.

This lack of centralisation increases the risk of rogue pricing and orders being dealt at adverse prices. In this environment, limit orders are an essential tool in protecting investors.

Liquidity levels fluctuate sharply during the day with most liquidity early in New York trading when both the European and US markets are fully operational.

In contrast, liquidity levels weaken sharply late in the New York session and into early Asia. This lack of liquidity increases the risk of erratic trading conditions.

The increased use of social media has also had an important impact in moving currency markets over the past few years. Inevitably, there has been an increase in markets being moved by rumours spreading rapidly

There have also been instances where there have been attempts to manipulate markets through the dissemination of false reports. This can be through the setting up of accounts or through the hijacking of existing accounts.