There are 5 common Forex day trading mistakes for traders to avoid because they can cost you dearly. They can force you to exit the market temporarily as well. Some people give up on trading forever. Such outcomes are preventable if you learn about these mistakes so that you can avoid them. Learning about them helps you make the right moves while avoiding the wrong ones. Here they are. 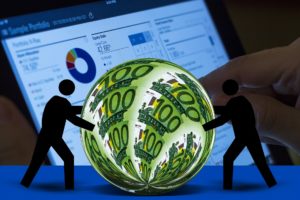 1. Failing to Have Stop Loss Orders in Place

Losses in the Forex markets are a reality. For example, Sterling fell by 0.76% in a single day in April. That happened when UK authorities revealed that inflation was at 2.5% against an expected figure of 2.7%. That means the market reacted to a mere 0.2% difference between estimates and actual values. It responded by as much as a three-quarter dip in the price of the Sterling.

That is how quickly small changes in market expectations lead to substantial changes in your fortunes. Sometimes, they happen when you are away from your trading station making it difficult for you to adjust correctly. Remedial measures for such predicaments include having stop loss orders. These orders prevent mounting losses when a trade that you hold plummets without signs of recovery.

2. Doubling Down On a Losing Trade

Some day traders believe in a concept known as averaging down. In this concept, you add to your current position even though the price is moving against you. Traders make these additional trades hoping that the downward shift in the market is temporary. In other words, they expect a significant rally by the end of the day. Sadly, that market rally fails to materialize in most cases. 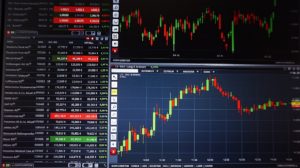 For example, the Turkish Lira fell by 9% in early trading on August 13, 2018. Many investors felt that this dip was temporary because the Turkish economy was strong. However, the Lira is yet to recover fully from this fall making it a risky currency for day traders. Therefore, anyone who averaged down on the Lira on that day failed when it came to making a profit from this strategy.

3. Failing to Diversify Your Portfolio

Trading in one currency every day is a risky endeavor because anything can happen within the day. For example, the Japanese Yen may experience a few gains while the dollar falls. The Sterling might see a bump in its price as the Euro experiences a slight dip. Diversifying your portfolio allows you to take advantage of these changes in the market.

For example, the US dollar rose on January 25, 2018, when President Trump announced that he would like to see a strong US dollar. That signaled to the market that the US dollar was about to become stronger than it was. Therefore, people started buying it in anticipation of selling it later. Day traders who had invested in Euros as their only currency did not have any dollars to trade on that day.

4. Failing to Have a Plan in Place

The volatility of the market scares many day traders. The short timeframe that they have to make money also discourages them. Therefore, many of them go into this market without having a plan in place. In other words, having a strategy is useless to them because the markets are unpredictable. Sadly, most of them lose their money.

Their beliefs are justifiable to some extent. For example, the Sterling plummeted on October 7, 2016, for unclear reasons. These analysts agreed that the Sterling was volatile, but none of them explained why its volatility was unusually high on this day. Developing a plan is possible if you attend Forex Seminars regularly. 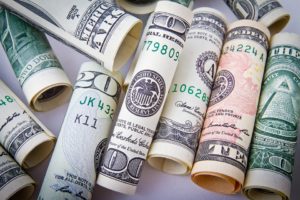 Taking risks is a hallmark of investment in the Forex market especially when it comes to day trading. However, risking your entire capital is unwise. Remember, this market is volatile and therefore, recovering from significant losses takes a lot of time. For example, you might risk $50,000 today and then lose most of it. Risking the remaining cash means your initial capital might drop significantly.

Risking 1% of your capital is a strategy worth pursuing in the Forex market as a day trader. Doing so minimizes your risk considerably. It also keeps your capital safe so that you can use it later when you become a professional at day trading. Risks should reflect your wins as well. For example, if you make $500 on your best day, then your maximum daily risk should be $500.