If you’re thinking of learning to drive, the initial costs may be enough to put you off. It has never been more expensive to learn to drive and actually get onto the road. There’s the price of the lessons, driver’s license, tests, the car itself, insurance, tax and then the actual running costs to consider. 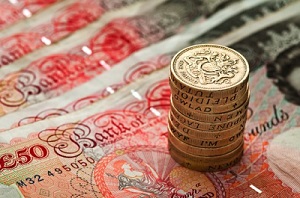 When you have no previous driving experience, the costs practically double compared to those that more experienced drivers have to pay. So what exactly will it cost you?

That’s right: the average cost for the first time driver just to get onto the road is over £6,000. This was reported by the Telegraph in January 2015.

According to reports, the average cost of a young person’s first car is £3,825. Insurance then makes up another £2,232 for the average 17-year-old first time driver. This is actually a slight decrease from that seen in 2009 when the typical insurance cost was £2,455. However, it is still extremely high and unaffordable for many young people.

Even if you manage to pick up a reasonably priced car from a dealer such as TW White and Sons, you are still faced with the high costs that come with actually running a car.

Forget even buying a car – there are a lot of young people who can’t even afford the lessons to learn to drive.

It was reported by This is Money that thousands of people are choosing not to learn because of the costs involved. On average it costs around £600 for the lessons, tests and provisional license. It is estimated that the average learner needs 20 lessons before they pass their test.

Up until recently, a lot of young people had help from their parents. However, after the recession this has led to less parents being able to chip in towards the costs involved. There are a few things you can do, however, in order to lower the costs if you want to learn and get on the roads.

If you’d like to cut the high first time driver costs there are a few simple tips to follow. Firstly buy a second hand small car. As a general rule, the less powerful the car is, the less it will cost in insurance. So opt for a car that has a relatively small engine.

Shopping around will also help. This includes comparing insurers, dealers and driving schools. You will find a lot of discounted deals if you take the time to shop around.

Overall the cost of driving is at an all-time high so it is easy to see why so many young people are unable to afford it. However, the tips above will help you to lower the cost. The key is to take your time and compare as many different insurers and providers as you can. Never go for the first car you see or the first driving school you find. These won’t always be the cheapest options.