Home
Lifestyle
Your Hobbies
What Can We Expect from 2021’s Prince of Persia Remake?
Prev Article Next Article

Prince of Persia: The Sands of Time is one of the most fondly-remembered video games from the early 21st century. An updated version from Ubisoft is due out in 2021, although it has already experienced delays due to concerns from the community. 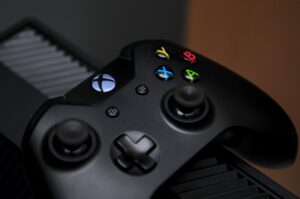 The original game was released in 2003 and went on to sell over 14 million copies across the world. The new version carries on with the same basic storyline of the Prince trying to save his kingdom from the evil Vizier and rescue the Princess. So, what can we expect from it and when will it be released?

The Story So Far

The developers have said that it introduces new characters for him to fight against, as well as enhanced sound, cinematic sequences and a range of parkour-style animations. Player controls have been updated too, and the graphics are expected to be more impressive than the original, which is now almost two decades old.
Gamers will be especially keen to try and master the Sands of Times feature, as they will be able to use the Prince’s dagger to freeze the action, slow down time, accelerate it or even put it into reverse to help them through their journey. This is a key feature of the game and adds greatly to its charm.

The trailer from Ubisoft pointed out that players can unlock the Mac version of the original Prince of Persia game from 1989 while playing this modern update, and then return to it from the main menu at any time. There is also the promise of more surprises to be discovered as they make their way through ancient Persia, although we need to wait for the release date to see what they are.

Annu Koul is a senior producer at Ubisoft Pune and she said that the remake is like “a dream that is coming true”. She went on to point out that the original still produces a nostalgic feeling and that people want to play it. Koul confirmed that the Prince, the Princess, Farah and Vizier all return in this new version but that it has a “good bit more flavour” to it.

While the trailer was generally well-received and helped to build up anticipation for a release that many gamers are keen to see, it also led to some complaints about the graphics revealed in it. The storyline looks exciting and faithful to what we expected, but the lower quality than expected graphics has led to the game’s release being delayed.

This eagerly awaited remake was scheduled for release in January 2021, but Ubisoft has since confirmed that the launch date has been put back to March 18. It will be released for Windows PC, PlayStation 4 and Xbox One on that date. The delay was announced after criticism of the graphics as being out-dated. Some critics even voiced the opinion that the presentation isn’t much better than in the 2003 game.

Ubisoft’s team and their Pune and Mumbai studios confirmed that the AnvilNext 2.0 engine they used is more suited to open-world games, causing them to have to compromise on some areas. It has been reported that the time-reversal mechanic that is so important to this franchise has also caused them issues, as the engine has struggled to handle it.

The developer has also mentioned that they had deliberately chosen the graphics style seen in the trailer, presumably to give it a retro-style design to appeal to those who enjoyed the 2003 title. Yet, the delay seems to suggest that they have opted to try and add some extra polish now, rather than echoing a game that is much-loved but that appears dated in 2021.

The new Sands of Time remake is currently available for pre-order on all of the available formats. Fans have been waiting a long time for this series to get started back up, with some criticising Ubisoft for placing more importance on Assassin’s Creed than on the Prince of Persia franchise.

The Impact of Prince of Persia

The enduring appeal of the franchise has led to a movie, also called Prince of Persia: Sands of Time, being released. This 2010 film was brought out by Walt Disney Pictures and features Jake Gyllenhaal in the role of the Prince, with Gemma Arterton playing the Princess. Gross ticket receipts of $336 million made it the most successful movie based on a video game until Warcraft came out six years later.

Ancient Persia, which is modern-day Iran, has also been used as a setting for numerous other games in recent years. A look at the best casino 2020 reviews and options shows us sites like Mr Green, Genesis and Playojo, with welcome bonuses offering bonus cash or free spins. If we enter the Mr Green casino, we can see slots titles such as Persian Fortune, Gold of Persia and Gates of Persia among the selection of games. Comparison websites as this show how competitive the casino industry is and themed slots are arguably one of the biggest reasons why this industry continues to strive. You can also see what the most popular slot games are currently. 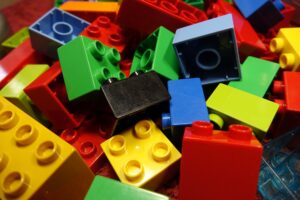 Other products to carry the Prince of Persia name include a range of Lego toys, a graphic novel and a comic book. However, perhaps its most impressive legacy has been in the way that it inspired two of the most successful game franchises of all time. Firstly, Assassin’s Creed, also by Ubisoft, was originally planned to be a Prince of Persia sequel. The other huge brand to have been inspired by Prince of Persia is Tomb Raider, where Eidos interactive took the original format and added some new twists.

The way that Prince of Persia is still held in such high regard by so many gamers should ensure that the 2021 remake is a success. However, the critical reception it receives may depend upon how well the developer has resolved the graphics issue.