Buying a property – be it a pokey city flat or a spacious three-story mansion – is likely to be the biggest investment you ever make, so it’s important to go about it correctly. While some House Buyers can afford to purchase properties outright, the vast amount of people rely on mortgages to help get them on the housing ladder. 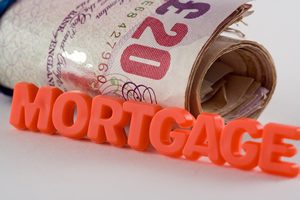 A mortgage is simply a loan that’s taken out to buy property or land, but with many different types available and many different interest rates, it’s essential to understand the ins and outs of such an agreement, so here’s an informative guide to help you out.

The higher the deposit, the lower the mortgage

If you find a property you really like and want to own, you will have to pay a deposit (in most cases at least). This is a large sum of money that goes towards the cost of the property you’re buying. As a rule, the more money you put down for a deposit, the lower your overall interest rate will be as the lender will be taking less of a risk with a smaller loan.

When talking about mortgages, the term Loan to Value or LTV is often used and while this might sound like complicated banker’s jargon it simply refers to the chunk of the property you own outright compared to the amount that is secured against a loan. For example, if you put down a deposit of five per cent, the mortgage is secured against the remaining 95 per cent meaning the lender takes a significant risk and interest rates could be high.

If, however, you manage to scramble together a 40 per cent deposit, interest rates could drop as lenders are only taking a risk on 60 per cent of the property’s value. In short, the best way to secure the best mortgage deal is to pay a large deposit and avoid high-lending charges. 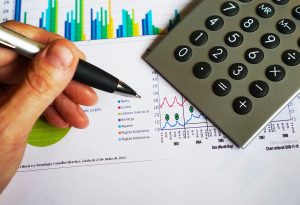 The type of mortgage you choose could affect interest

When it comes to buying a property there are many things to consider, from how many bedrooms you want and need to what type of mortgage you want to take out. The latter is a serious and important decision as while interest rates remain the same for a number of years with fixed rate mortgages, they can go up and down according to the housing market and economy with a variable rate mortgage. It all depends on what you feel comfortable with, so here’s some more information on each:

As mentioned above, the interest you pay on a fixed rate mortgage will remain the same for a number of years, no matter what happens to interest rates over all. Two-year fixed or five-year fixed deals are very common, not only giving homeowners peace of mind for the duration of the fixed rate period but also helping them to budget accordingly. The only slight disadvantages with this kind of mortgage setup is that fixed rate deals are usually slightly higher than variable rate deals and if the interest rates fall, you won’t reap the benefits.

Mortgages and interest go hand in hand, so be sure to understand all the details before taking out a loan and getting on the property ladder.