As demand for the Pound improves this morning, it is facing a strengthening USD and a strengthened Euro ahead of the French Presidential election. 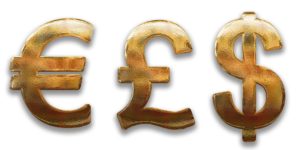 Demand for the Pound improved this morning.

This was on the back of better than expected April services PMI from Markit. Services were projected to slip from 55 to 54.5, but instead rose to 55.8. April’s overall composite PMI came in at a strong 56.2.

This reminded traders that Brexit negotiations won’t always be smooth and that it was still possible for negotiations to end in a bad UK-EU trade deal, or indeed no deal at all.

This morning, Thursday, the Pound to US Dollar exchange rate hit its worst rate in a week, losing its Tuesday and Wednesday gains after Wednesday night’s Federal Reserve meeting.

Concerns had risen in recent weeks that the Fed would wind back its interest rate outlook and become more cautious due to US political concerns and economic instability.

However, largely upbeat, the Fed Chairwoman, Janet Yellen, stated that the bank saw slow US growth in Q1 2017 as being transitionary and that the slowdown was likely to be temporary.

The bank left the door open for a potential two more interest rate hikes this year.

The potential for June interest rate hike bets improved again and the US Dollar strengthened. USD demand was also bolstered by strong US services data.

Demand for the Euro was bolstered on Wednesday evening and Thursday morning as markets reacted to the latest and final French Presidential TV debate.

The final debate saw pro-EU Emmanuel Macron and anti-EU Marine Le Pen trade blows in what many described as an unpleasant debate filled with insults.

According to polling following the debate, viewers found Macron to be the ‘most convincing’ candidate of the debate, winning over 63% of viewers.

This left investors more confidence in a Macron win and the Euro strengthened. 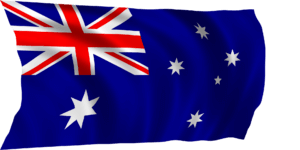 The Pound to Australian Dollar exchange rate continued climbing throughout Wednesday, gaining over a cent.

On Thursday morning GBP/AUD hit its best level since September 2016.

The Pound to New Zealand Dollar exchange rate advanced during Thursday’s Asian session. After performing strongly earlier in the week, the ‘Kiwi’ was weakened by the Federal Reserve’s optimistic US interest rate outlook.

Next week the  will hold its May policy decision. If the Reserve Bank of New Zealand (RBNZ) maintains an optimistic neutral stance on monetary policy next week, the New Zealand Dollar could strengthen again.

Thursday’s Canadian trade balance data and Friday’s Canadian employment stats could help give traders more of an idea about the direction Canada’s economy is taking.

Disclaimer: Update content has been provided by TorFX, a leading foreign exchange broker.