With the credit squeeze still making high-street lenders nervous about lending, it’s harder than ever to secure credit cards or loans. 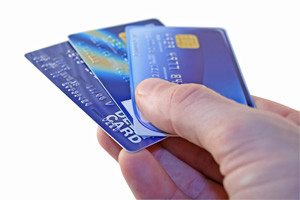 That’s unfortunate for the thousands of people who’ve had their credit card applications turned down because they lack a track record of making repayments on their credit file.

It’s particularly hard on young people because not having a credit card makes it almost impossible to take advantage of the great deals on electronics, train tickets and holidays that can be found online.

A Pockit MasterCard® could be the answer.

Pockit is a pre-paid credit card which allows the cardholder to deposit money onto the card and then go out and spend it. Because it carries the MasterCard acceptance mark, it’s accepted as widely as a regular credit card.

In fact, Pockit can be used at any of the 30 million locations around the world where you see the MasterCard acceptance mark.

If you find the changing interest rates and hidden fees of a standard credit card confusing and unfair, the Pockit pre-paid credit card could be the right payment method for you.

Applicants just need to decide whether they want a pay monthly or a pay as you go card. The pay monthly card is one of the cheapest ways available to avoid a credit card, as it has no application fee and costs only £3 per month to use.

The Pay as You Go card charges applicants a one-off fee of £5 to apply (and everybody who applies is accepted because pre-paid credit cards require no credit checks), there are no monthly fees and only a small transaction fee is payable when you use the card. It’s a better option if you only plan to use the card once in a while.

Pre-paid credit cards are gaining a reputation as the card of choice among financially-savvy young people. Because you can only spend what you already have, you’ll never end up in debt using one of these cards.

Not only that but the cashback, voucher and discount features attached to a Pockit credit card mean you can actually earn money as you spend if you use it as a cashback card. Pockit Pay Monthly cardholders can earn up to 10% cashback when they use the card at a wide range of retailers including H Samuel, M&S, Comet, New Look, Halfords and many more.

Cardholders also qualify for online discounts at Aviva Insurance, First:Utility and Travelpack so if you are in the market for a credit card and also thinking about saving money whenever you spend, you definitely need to check out the Pockit MasterCard®.