Home
Debt
Does the UK have a debt problem? 1 in 10 will only seek professional help when in debt by more than £50,000
Prev Article Next Article

Read any news outlet and you’ll regularly find articles outlining the state of debt here in the UK. These regularly write that those living in Britain are essentially existing on borrowed time and money, as credit cards are the preferred option over savings and the cost of living means affording emergency purchases alongside regular bills is harder than ever. 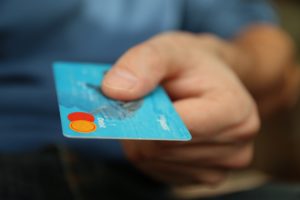 In recent news, the FCA (Financial Conduct Authority) are appealing to credit card companies to waive interest on longstanding debt, to ensure people have a chance to clear their repayments.

According to the financial watchdog, 3.3 million people are in persistent debt and credit card companies should offer assistance with repayment plans and suspension of cards after 18 months if debts are not being repaid quickly enough.

The UK does appear to have a debt problem

Or a problem with debt education.

With this in mind, debt management company PayPlan recently conducted a survey with 1,200 people across the UK to discern whether this regularly discussed debt crisis is taking place and how people feel when dealing with financial issues.

According to the results, 94% of those taking part agree that the UK has a debt problem and only 26% believe debt to be a ‘part of everyday life’.

Amount of debt required before seeking help a worry

One of the most troubling results from the survey is the amount of debt needed before those making repayments would seek assistance. Not only would nearly 20% of respondents not turn to anyone for help but the average amount of debt required before seeking help was £25,000.

This figure varied greatly across the UK’s major cities, with the lowest amount of £10,796 in Cardiff while respondents in Birmingham would allow their debt to reach heights of £59,832 before seeking professional help. 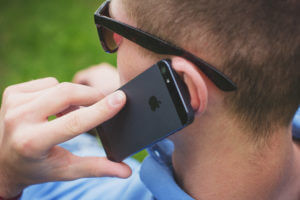 Putting this into perspective, the average house price in the city of Birmingham at the time of writing is £171,259, which would require a 10% deposit of around £17,126. So, people would allow their debts to amount to over three times the cost of putting down money on a new home. It’s also more than the UK average amount of debt per person, which currently stands at £30,105.

Those responding in London would seek help once their debts reached £36,423, which is understandable considering the high cost of living in the capital.

Removing mortgages from the equation, if this figure close to £60,000 is all problem debt then this confirms that the UK is in the midst of a serious debt problem. There is an abundance of free and impartial advice available for those concerned about their debts with a host of debt solutions also available.

The reactions to debt across the UK varied from the rejection of debt altogether – Scotland (40.2%) felt the most strongly about this – Londoners (31.1%) mostly responded that debt was simply a part of everyday life.

Those living in London also strongly associated the word ‘overspending’ with the issue of debt, as well as ‘fear’ and ‘recklessness’. The same trend applied across most of the other regions too, although the word ‘misfortune’ topped ‘recklessness’ in Scotland (45.4%), the North West (38.9%) and the South West (36.3%).

Across the country, the reason for debt was strongly considered to be ‘individual overspending’ with those in the East Midlands (73.5%) and Yorkshire (67.4%) citing this as the main cause for money troubles. The ‘cost of living’ was also noted as a main factor for debt, as well as ‘the Government’ – with people living in Scotland (49.5%) the main region to blame them for the debt problem in the UK.

The issue of debt and one’s personal health was also highlighted, as many respondents claimed to have had sleepless nights and some have even turned to substance abuse when struggling with their finances. While the survey does not highlight what type of substance abuse was involved, it’s worth noting that the younger respondents answered with this the most, with 9.2% of 25-34 year olds and 6.5% of 16-24 year olds. 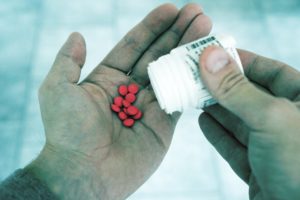 ‘Fear’ was a word many taking part strongly associated with debt and 51.6% of people claimed that they have experienced feeling low as well as increased tension in the home (33.4%) and isolation from loved ones (13.7%) when coping with debt.

But there is such a thing as good and bad debt

From the survey, PayPlan discerned that mortgages were considered to be the most common form of debt and also most acceptable, with student loans, home renovations and car finance also considered to be ‘good’ debt – and it’s safe to say most of us have at least one of these credit types. However, considering only 34% of households in England own their homes outright, there’s a significant amount of people paying off large amounts of debt everyday.

Credit cards, overdrafts, payday loans and late bills were not considered to be ‘good’ debts.

So, what do the results tell us?

To put it simply: a large majority of Britons are in debt and are perhaps unclear how to best deal with it.

The staggering figure before seeking help puts this into sharp perspective, as well as the 19.6% who would not turn to anyone for assistance. The issue of mental health is also prevalent, as the NHS and charities such as Mind are attempting to provide more support for those dealing with depression and anxiety.

If you are suffering with problem debt or money issues, it’s important you reach out to an impartial advisor or turn to family and friends for support. Click here for the list of Government approved debt advisors including PayPlan and the Citizens Advice Bureau.