Many travellers are turning to prepaid currency cards for their foreign currency but are they the best option for travel money? 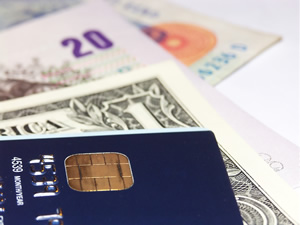 Traditionally when going abroad travellers have purchased their foreign currency through high street foreign exchange providers or perhaps at the Bureaux de Changes facilities at airports.

The foreign currency provided being either cash or travellers cheques.

The worry is exchanging the right amount of money and of course there’s then the cost – travel exchange money at 0% may not be what it seems.

Using a debit card for your travel money is an option but this can be costly.

The exchange rate used is invariably poor, meaning you don’t get as much for your money as you expect. On top of that there is generally a transaction fee of around 2.75% and an additional fee for a point of sale transaction or for withdrawal from a cash machine.

Credit cards could also be used.

Most credit cards though also charge a foreign currency transaction fee, usually around 2%.

There are some that don’t, the Nationwide Gold credit card for example on which Nationwide currently absorb the Visa costs for transacting in other than sterling. This however will change from 6 May when this charge will be passed on.

So then we have currency cards.

With these, you load the card up with your chosen currency (US Dollars, Euros or British Pounds) before you travel and then you use the card around the world – at cash machines (ATMs), shops and restaurants. 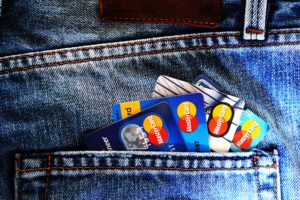 The currency cards are either aligned to Visa or MasterCard.

As well as the currency card being hugely convenient to use it also offers security, it’s safer than cash and it is a card that is completely separate from your bank account. There’s chip and pin protection too.

Critically you can easily control and save money with currency cards:

Currency cards are growing in popularity and quite predictably so too are the number of providers – from high street banks, such as Lloyds TSB, to the Post Office, to Travelex and other perhaps less known names such as FairFX and Caxton FX, to name but a few.

Each of the currency card providers of course offer their own specific advantages and disadvantages.

We’ll consider these questions in future articles on currency cards.