Christmas is a time for giving, and this seems to be well and truly alive in Great Britain – maybe a little too alive for the sake of peoples’ bank accounts. Christmas is now also an extended period of mass consumerism, where that be on food, presents, travel or homeware and decorations. 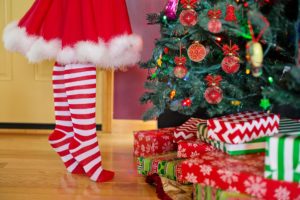 The result? Britons are racking up £8.5bn in extra debt each year, something that is sending their bills soaring.

There appears to be a rather heft pressure on people to provide lavish gifts for their family and friends, despite a lot of what they buy being out of their budget. This pressure often stems from the large quantity of TV, radio and internet adverts bombarding us with various products which can result in Brits being driven quite literally into debt around this time of year.

The Pressure Of A Perfect Christmas

It is true to see that many British families feel the pressure when it comes to creating a picture-perfect Christmas for their family and friends and to do so, are taking out short term loans online in order to spend more to achieve the Christmas that they want.

This includes people seeking the help of payday loans and other forms of high-cost credit. Furthermore, many people who routinely pay off their credit card in full are overspending on their credit card around this time of year and only paying back the minimum amount all in the name of the ‘perfect Christmas’.

What Sacrifices Are People Making?

According to statics found in 2017, nearly six in ten households admit to making sacrifices in order to buy Christmas presents for their loved ones. Furthermore, of those with children, 31 per cent say they are solely relying on credit to fund their purchases. This is compared to 45 per cent of those without children.

It is in fact, much more worrying that people are doing things like delaying their household bill payments just to be able to buy presents, meanwhile one in ten are postponing their rent or mortgage payments.

It was found that for the Christmas of 2017, a survey people said that they are expected to spend an average of £342 on Christmas presents, and that £303 went on the average credit card.

Paying back the money that they have spent on credit cards for 2017 took people some time, with the average household claiming around four and a half months – and only paying off their cards around mid-April.

Meanwhile, those who took out loans had little choice when they paid off their as loans are to be paid back by a set period with interest attached. This resulted in more loans being taken out simply to repay the initial one. 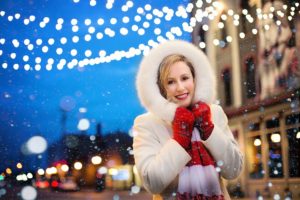 When it comes to Christmas, it is clear that people want to be able to forget about their financial problems and delay the responsibility to a later date – which then results in mass consumer debt sweeping across the nation.

Christmas should not be a time of finical stress, it should be enjoyed as a holiday. Of course, you will likely spend more money during this time than usual, but you should prepare for this in advance rather than driving yourself into debt.