While price returns for classic cars have fluctuated during the past few years, The Coutts Index 2017, which analyses the changing values of assets, found that classic cars have recently provided their healthiest returns on investment since 2005. 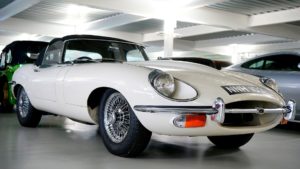 With average prices rising more than fourfold, despite poor price returns previously in 2015 and 2016, now, it seems, is the time to invest in classic cars.

The Chairman of the motoring department at Bonhams auction house, James Knight, also suggests the classic car market is performing well. He said: “Globally, the collectors’ auction market is in good health and continues to perform well, with top prices still being achieved for the rarest and most important examples.”

While it’s clear that classic cars are a great investment opportunity, there is more sense in buying a classic than just the benefits of investing. Love, nostalgia and passion are all key influences when it comes to buying a classic.

For racer Jodie Kidd, a passion for classic cars is a passion for driving: “I just take enjoyment from driving. I love the freedom of movement that a car gives, that sense that you can go anywhere and do anything. When you’re out and about and just driving around it doesn’t matter if you get stuck in traffic because just being in the right car is such a pleasure.”

Whether you’re buying and insuring a classic car for the investment opportunities, driving experience, nostalgic reasons or all three, this article looks at five classics to buy in 2019:

Often described as the ‘poor man’s Porsche’, the 924 was launched in 1976 and was originally designed to be a water-cooled replacement for the 914 range. While performance was relatively low by Porsche standards, it sold surprisingly well, more than 25,000 models in its second year of production. 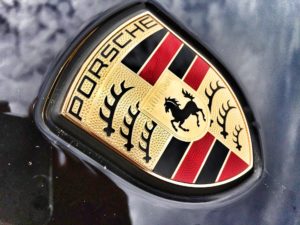 Though the 924 is often overshadowed by the later 944 and 968 models, the 924 is attractive due its simplicity.

The 924’s traditional rear-drive layout reflect this simplicity, as does the mechanics and design. As an underrated yet desirable model, values continue to rise. You can buy a 924 in good condition for around £9,500, but if that’s slightly above your budget, you can also find project versions for a lot less (£1,000 – £2,500 depending on the condition).

After making a spectacular appearance in Diamonds Are Forever, the Triumph Stag became even more of an iconic car for its time. While the Stag was and still is adored for its stunning Italian style, it’s the powerful yet troublesome V8 engine that let the Stag down. Most problems around the engine were due to the poor cooling system, but luckily, most models have been restored with more care so buyers may not experience as many issues.

Stags also increased in value by 8% over the course of one year in 2016. While this doesn’t sound like a remarkable amount, you’re bound to get more for your money if you find a model that’s well-maintained.

Even though the MGC GT lived a very short life (1967-1969), it definitely made its mark. When the MGC GT was first revealed to the public, it was greeted with mixed reactions both from enthusiasts and the motoring press. It even received comments like ‘pig-like understeer’ and ‘gutless’. 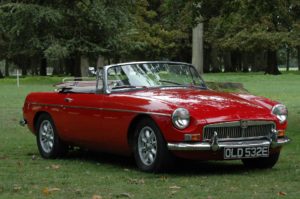 Aesthetically, the MGC and the MGB share some similarities, however the most notable difference between the two is the MGC’s uniquely shaped bonnet. And despite the negative feedback, the MGC seems to be growing in popularity. In fact, Tim Gascoigne, auction manager for Barons Classic Car Auctioneers, believes that “they’re going to have a bit of a revival”. He continues to say how “people seem to be starting to appreciate what they are, so prices are growing”.

These comments emphasize how these once undervalued and controversial cars are slowly yet surely becoming popular. And with more people buying MGC’s, the more valuable these cars become, making 2019 a great time invest in one.

The E-Type is another classic that continues to rise in value. In 2016 for instance, the E-Type increased in price by 29% over the course of one year – but this isn’t the only reason why buyers should think about purchasing one of these beautiful models. As a British icon, the E-Type is one of the most stylish cars around, with Enzo Ferrari even calling it “the most beautiful car ever made”.

The E-Type is widely regarded as one of the most revolutionary and attractive sports cars of all time, mostly due to the car’s stylish and iconic bodywork that set it apart from the other cars produced in its era. As the E-Type continues to rise in popularity, prices will continue to increase which is why now, more than ever, is the time to invest in one.

The Fiat Dino rose in value by a whopping 113% in 2016 over the span of one year, proving that this stunning model is more sought-after than ever before. While the prices for these beauties can range significantly depending on model and condition, they are a fantastic investment opportunity.

With a six-cylinder Ferrari engine, the Fiat Dino is incredible when it comes to performance. It’s also far cheaper to buy than the elegant Ferrari. So if you can’t quite afford to invest in one of those, try a Dino instead.

From the iconic Jaguar E-Type to the underrated yet desirable Porsche 924, there are plenty of classic cars currently performing well in the industry. And while the classic car market is known to fluctuate, the steady growth of the cars listed here suggest that this trend may continue for the foreseeable future.

Whether you’re looking to buy a classic car for the incredible investment opportunities or purely for the love of all things vintage, 2019 may be the time to invest.