Home
Energy
Can I Save by Switching Energy Suppliers?
Prev Article Next Article

The sound of a gas or electricity bill dropping through the letter box fills many people with dread.  At time when many people are struggling to keep their finances in good health because of increased debts and stagnating wages, the last thing they need is to be hit with a hefty energy bill. 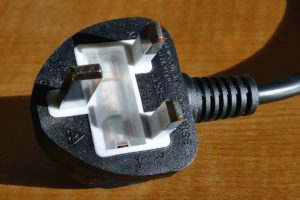 Over the last few years energy prices have soared and in May price comparison site uSwitch warned that if the current trend was to continue then household power costs could hit the £1,500 a year barrier, a level that would simply be too costly for thousands of households.

Indeed, it is estimated that six in ten families (59 per cent) would have to go without suitable heating for some part of the winter months, while 36 per cent would have to do without heating altogether.

And if that thought isn’t heart breaking enough, energy firms seem to rub people’s noses in it by announcing record profits and lucrative bonus schemes for their directors.

Ann Robinson, director of consumer policy at uSwitch.com, said: “The UK is hurtling towards a cliff beyond which the price of household energy will become unaffordable.

“Once the average bill hits £1,500 a year consumers will be forced to compromise on their comfort, health and well-being. Time is running out – if pricing trends continue we will hit ‘crunch point’ in less than three years and that is without factoring in the cost of current energy policy.

“The government has to understand that affordability is a huge concern to consumers and has to be given equal footing with security of supply and decarbonisation. Bills are already just £248 or 17 per cent short of the £1,500 ‘tipping point’ at which consumers will be turning down and switching off.”

But could switching energy suppliers be the solution?

Well, the short answer is yes.

And the long answer is yes, providing you do some research and know what you are getting into.

Unfortunately energy tariffs are not the simplest things to work out and we’ve all heard of cases where someone has signed up with a new supplier thinking they are going to slash their outgoings only to find out that in fact they will be paying more.

However, things are changing, the process of finding a better deal is becoming easier.

In what was hailed by the deputy prime minister Nick Clegg as a landmark move in April, the big six energy suppliers – EDF, Eon, British Gas, Scottish and Southern Energy, Scottish Power and npower – have all agreed to write to their customers and inform them of their best rate and how it can be obtained.

The scheme is set to come into force before the end of year and will certainly make things a little clearer for consumers who have probably spent a good part of the last decade scratching their heads when it comes to energy pricing.

However, it must be pointed out these firms will only tell their customers the best deal through them, it will not point them in the direction of better deals elsewhere. With this in mind, research must be conducted to see what is around and how easy it is to switch. 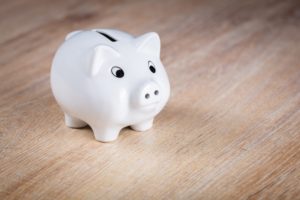 How much you can save depends on a number of factors and is kind of like asking how long a piece of string is.

But TV journalist and MoneySavingExpert.com creator Martin Lewis recently pointed out that two identical families, living next door to each other in identical homes could have annual energy costs which differ by as much as £300.

That figure is broadly in line with research conducted by MoneySupermarket.com this year which said that switching suppliers could save a family £220 a year.

Unfortunately, it seems that many people shy away from switching energy suppliers despite the fact they will happily change the company which insures their car or home if they can obtain a better quotation.

If you’re struggling to pay your energy bills and the debt is piling up, why not get some much needed Debt Advice from Debt Free Direct to see what your options are.