The innovative Bulb Energy refer a friends scheme that pays a £100 credit for people switching their gas and electricity supplies to them ends at midnight today (Monday 20th November). 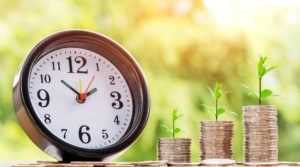 Bulb Energy had previously been offering a market leading £50 reward to new customers who switch to them. As the reward is paid to both the switcher and the friend who referred them via their personalised link, this scheme has encouraged a large number of energy customers to leave their current supplier and join Bulb Energy instead.

It was only on September that we were reporting that Bulb Energy had recruited their 100,000th customer. Last week, the company announced that they had now won their 200,000th customer, which indicates that they have been recruiting around 50,000 new customers a month.

It is not only the prospect of the refer a friend payouts that seems to be attracting customers to Bulb Energy. The company estimate that around 24% of their new customers are recruited because of this scheme with the other attracted by the competitive pricing of green energy products, their simplified tariffs and the fact that there are no contractual tie ins.

We suspect, however, that the £100 referral credit, which has only been running for a week, is driving huge numbers of new customers to this independent energy supplier. It is unlikely to be long before they are announcing their 300,000th customer.

Bulb Energy is not the only energy company to offer a customer referral scheme. Other independent energy suppliers also offer refer a friend schemes.

However with the other schemes only paying a maximum of £25 each to switcher and referrer, they are unable to compete with Bulb Energy.

New legislation is giving Ofgem, the energy industry watchdog, powers to cap default tariffs, which are often the standard variable rate charges that are most expensive for energy customers. In response, British Gas is to scrap its standard rate tariffs from April. 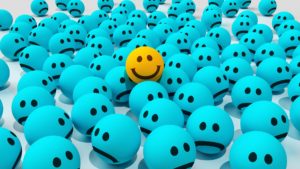 As seen in the past when one of the “Big Six” energy companies makes a move like this, the rest soon follow.

It is clear that with attractive inducements being offered by some of the smaller independent energy companies, and their environmentally friendly green energy products, customers on standard variable rate tariffs should not be waiting until Spring next year to switch to better deals, they should be switching now.

Switching energy supplier is very quick and easy. However, if you want to take advantage of the £100 credit for switching to Bulb Energy, then you need to do that by 11.59pm this evening (Monday).