With seven out of ten Brits living abroad saying they will never move back to Britain, why is this? What would happen if they changed their mind, would they be in a poor financial position? 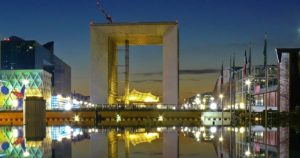 An international survey was carried out by deVere Group, one of the world’s largest independent financial services organisations, and found that 69% of those polled said that they would never relocate back to the UK.

Just over 20% had relocated from the UK primarily for a work/career reason.

The 808 respondents who participated currently reside in the U.S, Australia, the UAE, Hong Kong, Spain, France, Germany and South Africa.

Despite not intending to return to Britain, the poll also found that over 70% still regularly send money back to the UK and that 87 per cent were able to save more in their overseas location.

Nigel Green, founder and CEO of deVere Group, said of the findings: “The number of Britons living outside the UK has soared in recent years.

“Officially there are approximately 5 million Brits now living overseas, although the real figure is universally acknowledged to be considerably higher as many expats do not register themselves in their new countries of residence with the relevant authorities.”

He continued: “The survey underscores that for most people living abroad is a rewarding and fulfilling experience.

“This outcome is likely down to several key factors including better or more lucrative career opportunities, lower cost of living, higher quality of life, high quality childcare and education, lower crime levels, and good weather.  As an expat of many years myself, I recognise this positive scenario well.

Referring to those that had responded in the poll that would never return to the UK, Nigel Green continued: “Are these people really 100 per cent sure that they will never return, or perhaps be forced to return to the UK for reasons beyond their control, such as a change in family circumstances, being made redundant, or political upheaval in their new country of residence?

“Are they sure they will retire or be retired forever overseas?

“No-one knows for sure what the future holds, plus the expat lifestyle can be, by its very nature, quite transient” 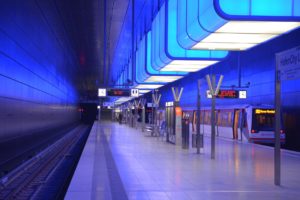 He added: “It is encouraging that 87 per cent can save more living overseas.  But to make this money work effectively, to make it truly worthwhile putting this money aside, they need to use their expat status to their financial advantage, explore all their options, and cover all the cross-border bases.

“And whilst it is encouraging in some respects – in the sense that they are not cutting off all financial ties – that 72 per cent of those surveyed regularly send money back to the UK, it is, in our experience, likely that this is for one specific purpose, and not part of a wider, integrated plan.

“In addition, if they are using traditional banking services, they are likely to be being caught out by unnecessarily high transfer fees.  This highlights why expats should consider their finances holistically and over the longer-term.”

Diane Ray, MoneyHighStreet.com commented: “Managing your personal finances holistically is very important, whether you are living abroad or in the UK. Seek advice if need be to ensure you optimise the use of your money and are covered as best you can be should your circumstances change, however unexpected that might be.

“If you are making a one-off or regular payments from abroad to the UK, as Nigel Green suggests, if you are using traditional banking services to do this, it might be costing you more than it needs to.

“Currency exchange brokers can help and unlike most banks, they tend not to charge currency transfer fees. This is crucial point to consider for example if you have to transfer money to the UK regularly while working abroad – such as paying a UK mortgage or sending money to your family.”

deVere Group – Independent financial advice wherever you are