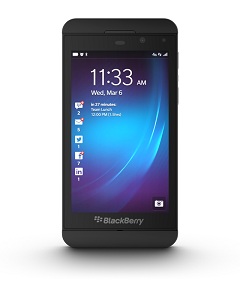 Smartphones for Business Use

The much anticipated Blackberry 10 and the new Blackberry X range could well reinstate Blackberry as a market force across retailers like www.dialaphone.co.uk when it comes to business usage.

The current Blackberry 7 range has represented a great resurgence for Research in Motion with a stamp of quality on all of their products; gone are the days when you had to use a smartphone as backup to your sole purpose business Blackberry.

The Curve 9380 and Blackberry Torch range exude smartphone quality more than many other mobile phones.

The new Blackberry range is every inch ‘smartphone’ and the Blackberry 10 will easily enter ‘superphone’ territory.

The current Blackberry Bold 9900 is a top performer and if you use mobile email it could be hard to beat.  There’s an inherent functionality required by business mobile phones which Blackberry’s exude in abundance without too many frills to make them overpriced.

A change seems to be coming in terms of apps though and this is where Apple’s iPhones excel.  You can sync email and use instant messaging like the Blackberry, and you can also download some amazing new apps from places like the iTunes store.

The market has expanded beyond Blackberry being the sole ‘business phone’ inhabitants but Blackberry is pushing with the times and their mobile phones are hard to beat in terms of communicational functionality.

The Blackberry Curve 9360 is an all-round quality smartphone with a reasonable price.  iPhone offer a slightly different angle with their business minded new age apps as well as a solid email, instant messaging experience.