Home
Managing Money
Before Brexit: A Brief History of the European Union
Prev Article Next Article

As the UK goes through the motions of Brexit, having at last officially left the economic and political partnership of the European Union on January 31st, 2020, many are now looking back on what has been left behind. The UK was a member state for 47 years. There are still 27 countries who remain in the EU – but how and why did it begin? 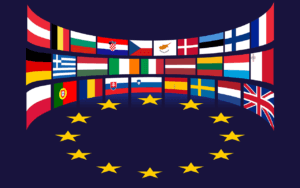 There are resources such as the IG Politics timeline that show the events in full. It outlines their effect on the currency markets and other nations outside of the EU – the following are more like the highlights that show the journey Europe has been on for the past several decades.

After the devastation of another World War, one that nobody had thought possible after the terrible losses of WW1. In 1950 the European Coal and Steel Community began to unite European countries both economically and politically in an attempt to secure lasting peace. They began with six founding states, all of whom were neighbours: Belgium, France, Germany, Italy, Luxembourg and the Netherlands. In 1957, the Treaty of Rome was then signed, creating the European Economic Community (EEC), or ‘Common Market’ amid a cold war between east and west.

The economy started to grow, beginning in 1960 and encouraged by EU countries no longer charging custom duties when trading with each other. Joint control over food production was also agreed upon, meaning countries no longer had to worry about hunger on such a large scale. 1967 brought the Summer of Love and in 1969 man landed on the moon. 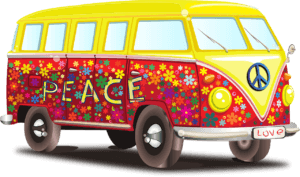 On 1st January 1973, Denmark, Ireland and the UK joined the EU, making nine member states in total. The Arab-Israeli of 1973 war resulted in an energy crisis and economic problems in Europe. It also marked the beginning of the end for the right-wing dictatorships of Salazar in Portugal and Franco in Spain. By 1979, European Parliament had increased influence in EU affairs and all citizens could, for the first time, elect their members directly. This was also when the first serious moves to address pollution take root, with the EU adopting laws to protect the environment.

In 1981, Greece became the 10th member of the EU, and Spain and Portugal followed five years later. In 1986, the Single European Act was signed, a treaty providing the basis for a six-year programme designed to fix the problems with the free flow of trade across EU borders, thus creating the ‘Single Market’. The Berlin Wall fell on 9th November 1989 and Germany reunified officially in 1990. With communism dead in Europe, the Single Market was completed with the “four freedoms” of: movement of goods, services, people and money in 1993. The 1990s was also the decade of two treaties: the ‘Maastricht’ Treaty on European Union in 1993 and the Treaty of Amsterdam in 1999. The year 1995 also brought three more new members to the EU: Austria, Finland and Sweden and the Schengen agreements allowed people to travel without passport checks at the border. 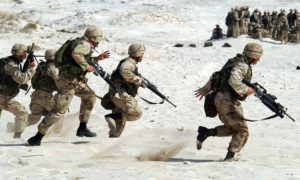 The decade of the euro, it also became associated with the War on Terror after the 11th September 2001 attacks on the World Trade Center. Unity was solidified in Europe, healing the chasm between east and west as 10 new countries joined the EU in 2004, followed by Bulgaria and Romania in 2007. The financial crisis of 2008 hit the global economy the year before the Treaty of Lisbon was ratified by all EU countries, providing the EU with modern institutions and more efficient working methods.

The effects of the global economic crisis were felt deeply in Europe, which the EU responded to by establishing the “Banking Union” to create safer and more reliable banks. Environmental issues topped the agendas and the EU welcomed Croatia as a member in 2013. Despite the EU winning the Nobel Peace Prize, European Parliament found more Eurosceptics among its ranks after the 2014 election. Religious extremism grew in countries throughout the world, resulting in wars and creating an influx of refugees in Europe – something the EU was forced to deal with whilst also facing increasing terror attacks. On 23rd June 2016, the UK voted to leave the EU in the referendum.