After a tame past few years, the Australian mining industry has been tipped to boom in 2018, with production looking to double in comparison. 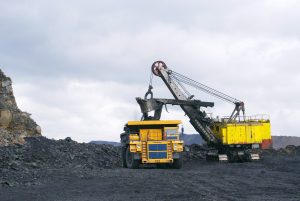 A report titled ‘Mining in Australia 2017 to 2032’ was released by BIS Oxford Economics and revealed why the national resource sector is poised for a great year. The industry is expected to have significantly better results from mining exploration, production to maintenance.

The massive investment surge is translating into production, especially within the energy sector where Australia is expected to become the top exporter of liquefied natural gas (LNG) by 2022. According to renowned economist, Rubhen Jeya of BIS Oxford Economics, “Mining production growth will approximately double the speed of national economy in the next five years.”

Specifically, BIS reports that mining productivity will rise by 5.5% in 2017/2018. This is over twice the growth in the previous year 2016/2017 which was just 2.5% based on a recent report by the Australia Bureau of Statistics.

In the past year, the higher prices for many commodities have already impacted exploration activity, which is projected to rise in this business year by 8.7% and almost 40% in the next five years.

Spending in the sector will increase

According to a Mining Business Outlook Report released by Newport Consulting, the performance prospects for Australia’s mining industry (2017/2018) indicate that 42% of country’s authorities are likely to increase spending during the specified period. 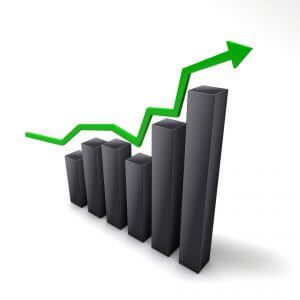 This figure increased from 23%, showing a positive and buoyant attitude within the industry. As a matter of fact, Newport Consulting believes that, since 2015, the number of optimistic miners has increased by 55%.

The study also revealed that there will be greater expenditures channelled into the improving technology such as automation and big data throughout 2018. 21% of participants in the survey admitted that having an automated system will be a huge influence in the industry this year.

However, it is believed that the massive growth in technology will also create a skills gap among workers. Companies like Rio Tinto are providing solutions in this regard. Not long ago, the mining giant partnered with TAFE Australia and the WA Government to provide vocational skills training in robotics for mining staff and other secondary workers.

Industries that will benefit within the sector

Strong growth in population is boosting consumer spending and other investments in the sector, while there is a high demand for Australia’s commodities from China due to the latter’s positive economic growth.

Black coal, which consists of both metallurgical and thermal coal is expected to remain the dominant energy export of Australia. The extrapolated energy growth rate of 2.4% is based on the projection that the global demand for coal will continue to grow into the period 2029/2030. This is because of the rising demand for steel-making raw materials and electricity, especially in Asia’s emerging market economies. 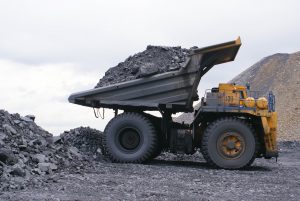 Australia’s main energy export accounts for about 49% of the total growth in energy exportation of Australia and will most likely increase over the given projected period. By 2029/2030, the country’s black coal exports are predicted to reach an equivalent of about 450 million tonnes.

The Australian mines are well known for their coveted coloured diamonds, and for 30 years, has led the world in its extraction and production. As the jewellery industry remains a key part in commodity investments, it will see a rise in demand for precious stones. This is a big opportunity for investors looking to cash in on financial investments this year.

Rav Dhillon, the CEO of Argyle Group in London, is setting up a financial vehicle of Argyle Bonds to help investors key into the Australian pink diamond commodity sector. According to Rav, “There is currently a huge demand for these types of alternative investments in the UK. Following the uncertainty of a hard Brexit, investors are currently seeking additional sources of income,” he says.

It is true, many Australian mines are working within capacity, but the low-skill ratio of many miners is still a cause for concern. As the government and many private organisations tackle this issue, one thing is sure, the mining sector appears to provide a promising outcome this year.