Artificial intelligence has been implemented in various tech fields. By 2017, AI was deemed as one of the most promising tech innovations when it comes to transforming various industries. Some of the earliest industries to use AI were mobile telephony and smart devices. The technology is, however, moving beyond these traditional areas into other markets. 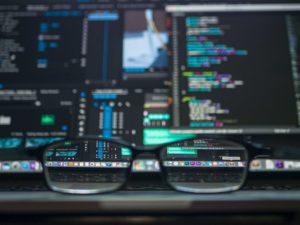 The financial market is one which has seen a steady growth in the use of AI. While the use of the tech is still in the formative stages, traders already have big hopes for this technology.

How is AI being used in the stock market?

As of now, AI stocks trading is not possible. The technology is, however, helping traders in many different ways. One of the key ways that the technology has helped traders is by being an advanced analytical tool. With this tech, it is possible to predict different market scenarios by using data collected from the market.

Traders who have shifted from the older analytical tools have benefited from the faster and more intelligent AI technology. Companies have particularly embraced the technology greatly. The common way that companies are using AI is to find patterns that are consistent with market predictions. 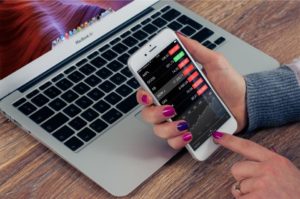 For most traders in the stock market, the goal is to see a future where AI technology can replace human resources. Just like other forms of financial trading, stock trading relies a lot on the input of humans. The data collected in the market only becomes useful when a rational mind has decoded it and acted on it in the stock market. In a future where the AI technology is intelligent enough, the need to have a human mind involved in the process of trading would be eliminated. This future is not far away but the technology is still in its infancy stages.

Various companies are involved in the growth of AI

There are a number of companies that have already expressed the interest to develop AI technologies for the stock market. Nvidia, for instance, believes in an AI-driven growth in all industries. Some of the technologies that have come up because of the involvement of tech companies include AI chips that are specifically designed to identify particular sets of data and to act upon it. Such chips are equipped with speech recognition, cameras, and cloud services.

There are other companies as well that are involved in the development of smart algorithms that are able to work with current data to predict future trends. These algorithms will be extensively used in the stock market which relies on current data to predict what might happen at future dates. The AI programs are not yet smart enough to develop prediction tools, but programmers are able to create tools which help the AI identify future trends correctly. One of the key areas that AI systems shine is in the area of using data to come up with multiple trend models. Such models can then be broken down into fewer models which can be used to make accurate predictions. 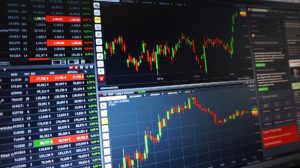 How will AI change the stock market in the future?

As of now, the models being used in the stock market are basic. AI is still mostly used for simple tasks like calculations and creation of actionable models. In the future though, the possibilities of AI are huge. The stock market is one of the industries where data is the most important factor. Computer systems are built to specifically rationalize various sets of data. With a machine that is intelligent enough, the benefits of AI would not just be limited to making calculations. AI systems would also be able to analyze the data and use it in the markets appropriately.

AI systems are built to react to the information around them. This means that the systems become smarter and smarter as new information arises. In the future, AI systems will most likely be able to study data and make good trades without the intervention of humans. As the machines study the market and get more acquainted with market trends, they will become smarter and make more accurate trades. As of now though, the talent and experience of the human mind will be necessary to achieve success in the stock market.