A quick look at the figures reveals that the number of people without bank accounts dropped significantly between 2002/03 and today – and that insolvency levels increased around four times over the same period. 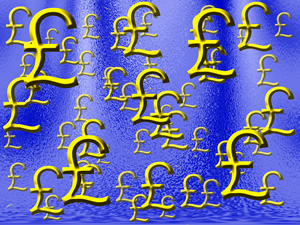 The Family Resources Survey, undertaken by the Office for National Statistics (ONS), revealed that approximately 1.9 million households in Great Britain in 2002-03 had no access to any kind of bank account. That represented around 2.8 million adults.

The ‘financially excluded’ are in a difficult situation financially, as they don’t get the help managing their money that a bank account can provide. The benefits of opening a bank account include discounts on bills when you pay by Direct Debit, easier budgeting and the ability to make automatic payments for regular bills.

At the same time, people who’ve run into serious debt problems can have difficulty opening a bank account and may need to look at alternative options. Follow the link for one of these.

Figures from The Insolvency Service for the same period show that 30,587 people in England and Wales were declared insolvent in 2002. In 2003, a further 35,604 people were.

Social Finance published an estimate in April 2011 that 1.54m people are still unbanked, a full eight years later. However, that does indicate an increase in people obtaining bank accounts.

Although insolvency figures have increased, the number of unbanked people has decreased significantly from 2002/03 to the present day. One reason could be that it is now much easier to open a bank account, even with a history of insolvency or as an undischarged bankrupt.