The housing market is broken. That’s no longer a radical or remotely controversial thing to say – the Government has admitted as much. We don’t build enough homes and the ones we do have are increasingly out of reach for the people who want to buy them.

So, what should be done? The Government’s answer came in the form of a white paper – a document which set out its vision, titled ‘Fixing our broken housing market’. 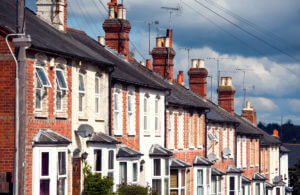 Communities Secretary Sajid Javid promised: “It will help our children and our children’s children by halting decades of decline and fixing our broken housing market. It’s a bold, radical vision for housing in this country.”

But is he right? Does this white paper contain what’s needed to do the trick?

It featured measures to force councils to produce a plan, spelling out which land in their areas is suitable for housing development, and it also provides cash to help smaller building firms – including those with factory built ‘pre-fabricated’ homes.

The white paper aimed to reduce the amount of time developers could wait between getting planning permission and building (from three to two years) and also attempted to help tenants with tougher rules on landlords and a ban on letting agent fees.

Yet it’s fair to say that there were plenty of critics who felt that the overall package failed to live up to Sajid Javid’s words. Shadow housing secretary John Healey quipped, ‘really, is that it?’, EY head of real estate Russell Gardner labelled it timid and, perhaps most stinging of all, was the response of Brighton Housing Trust chief executive Andy Winter.

Speaking of the gap between the expectation surrounding the white paper and the end result, he said: “It is as if the promise of a beautiful beach holiday ends up being the seafront in Bognor Regis on a wet Tuesday afternoon in September.”

The critics seem to suggest it could have been a lot more radical – and needed to be in order to tackle the scale of the crisis. So, with that in mind, what should have been in the white paper? What would have constituted a ‘bold, radical vision’ to fix this broken market of ours? Here are five things that would fit the bill:

It’s easy to fall for romantic view of England as a ‘green and pleasant land’ and want to protect that, but it’s wrong to confuse this with the issue of building on the green belt. There’s two things to consider. Firstly, when you take out parks, sports pitches and allotments, less than 2.5 per cent of the UK is actually built on – there’s plenty of room for more homes. Secondly, the green belt doesn’t refer to every bit of beautiful English countryside.

Its purpose is to stop cities growing into each other and keep their development in check. Some of it has little value and some of it isn’t even green. This doesn’t mean pouring concrete on the countryside.

It’s time to be brave and admit that some of this green belt needs to be built on, rather than pretend that brownfield is the answer and protect the green belt save for ‘exceptional circumstances’. The New Statesman’s Jonn Elledge wrote of the white paper: “It bangs on, as government housing policies always have, about making use of brownfield and densification. Well, those are the things we do now. 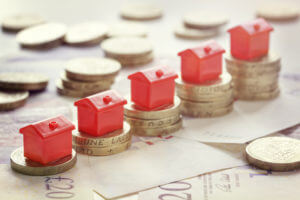 They haven’t worked. Brownfield-first strategies are more complex, so take longer. They also cost more, since they often mean clearing occupied, contaminated or otherwise difficult sites. All this is possible – but it will take a concerted government effort and probably quite a lot of money.”

The white paper puts the ball in councils’ courts when it comes to earmarking sites for development and when it comes to enforcing the rules surrounding ‘land banking’. Not only will that be hard to achieve at town halls where the money is tight, but it also misses an opportunity to let councils and housing associations get going with building on the sort of scale that is required.

Giving them the funding and resources needed to kick-start a major housebuilding programme would at least allow the Government to have some say in how and where the homes are delivered, instead of leaving it all in the hands of private companies.

There’s been talk of encouraging a new wave of ‘prefabs’ in order to speed up the building process – with cash to help SMEs. But surely this could have gone much further. We’ve already moved beyond leafing through newspaper listings and peering through estate agent windows when buying homes and now live in a world in which people pour over property listings on Rightmove to choose their home and turn to online estate agents such as House Simple to handle the sale. 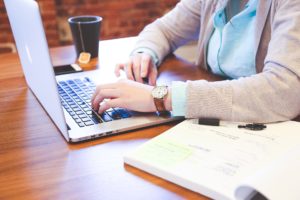 So, could we not have looked to new technology and innovation with the rest of the property market too? From automating as much as the planning process as possible, to speeding up conveyancing by handling the paperwork electronically, there’s much more to be done to catch up with a highly-connected smart phone-centred world.

Not only that, but technology is also shaping the way houses are being built.

From Chinese companies ‘3D printing’ homes to pioneers putting up ‘zero carbon’ structures – there’s a real chance to innovate on a big scale and couple the housing market with an investment in new technology and green measures.

If the market is broken, shouldn’t we set about fixing it now? Simon Elliott, associate planner at property consultancy Bidwells, told The Planner: “Unfortunately, this isn’t so much a blueprint for a new housing sector but rather a document setting out what might one day go into that blueprint.”

He added: “No single measure to address the crisis is implemented as part of this government announcement,” arguing that it might be the summer, or even April 2018 before changes come into force. There have been 200 housing initiatives since 2010, it’s high time for action. The white paper needed much more urgency, with legislation to come forward right away to avoid yet more delays.

Last, but by no means least, there is a shortage of the skills needed in the industry to be able to deliver the homes we need. The Construction Youth Trust points out that one in five UK construction workers are now aged 55 or over – meaning a large chunk of the workforce could retire in the next five to ten years.

The Government shouldn’t ignore this problem and much needs to be done to promote the industry, particularly among young people and especially to women, who currently hold about 11 per cent of the roles in construction.